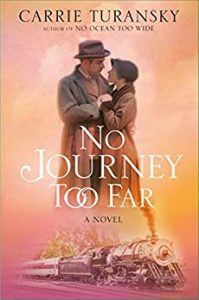 A family long divided, a mysterious trunk, and a desperate journey across the ocean—all in the name of love. The epic saga of the McAlisters continues in this riveting sequel to No Ocean Too Wide.

In 1909, Grace McAlister set sail for Canada as one of the thousands of British Home Children taken from their families and their homeland. Though she is fortunate enough to be adopted by wealthy parents, the secrets of her past are kept hidden for ten years until someone from her long-buried childhood arrives on her doorstep. With this new connection to her birth family, will she be brave enough to leave her sheltered life in Toronto and uncover the truth?

After enduring hardship as an indentured British Home Child, Garth McAlister left Canada to serve in World War I. His sweetheart, Emma Lafferty, promised to wait for his return, but after three long years apart, her letters suddenly stopped. When Garth arrives home from the war to unexpected news, he is determined to return to Canada once more on a daunting mission to find the two women he refuses to abandon—his long-lost sister and his mysteriously missing sweetheart. 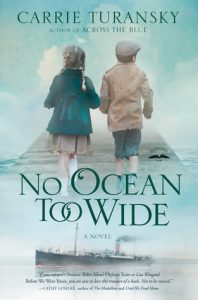 I’ve waited two years for the continuation of the McAlister family’s story, and the wait was worth it. No Journey Too Far by Carrie Turansky finds two of the four siblings are happily settled, one is still missing, and the other is in search of his sweetheart.

This is another book filled with history, a small mystery, and some romance, but at the heart, this story is about the bond of family. Years, miles, and an ocean separates the McAlisters but they do not give up hope in locating their little sister.

It was both fascinating and horrifying to read about the British Home Children and their experiences as well as the prejudices others had about them. A well-researched and engaging conclusion to the series, No Journey Too Far reflects how God’s hand works in unseen ways to bring out good in our lives.