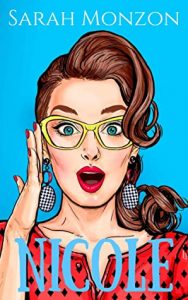 Who has time to date when she’s trying to raise a miniature human by herself AND save the planet from its irresponsible inhabitants? Not to mention my winning personality (snort) and my curves-have-curves figure (eyeroll) don’t exactly attract the opposite sex. Unfortunately, none of these reasons have stopped my best friends and SoCal sewing sisters from taking on the archaic role of matchmakers, and they’re not beneath a little bribery if that’s what it takes to get my cooperation. Let’s just say everyone has their weak spot, and donations to my favourite charities is mine.

If I were to consider a romantic relationship, my dream guy certainly wouldn’t be immature, everything-is-a-game Dr. Drew Bauer. The man raises my body temperature faster than global warming does the Earth’s! But life seems determined to keep throwing us together, especially now that one of my SoCal sewing sisters is engaged to his best friend, in which case there can only be one of two outcomes:

2. My common sense escapes me, and I fall in love with him.

Honestly, I’m not sure which would be worse. 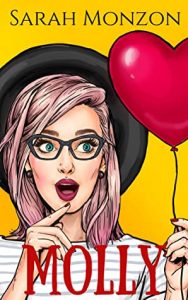 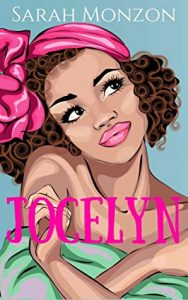 For those who have followed along with the ladies in the Sewing in So Cal series (but if you haven’t, you won’t get lost picking this one up first), you have probably already formed an opinion about Nicole. She’s headstrong, brash and opinionated but in her own love story, Sarah Monzon gives her a depth that explains so much.

And Drew. Let’s just say he loves pushing all of Nicole’s bright, shiny, rather large buttons. Really, it would be a shame if he didn’t. But he’s also got Nicole’s back when it counts.

While there’s plenty of banter between these two and some absolutely hilarious moments (it is a romcom, after all). But this story is not at all surface level, it digs into the heart of insecurities and comparisons and questions about one’s worth.

There are still a couple of ladies left unattached in the group and I cannot wait to see what Monzon cooks up for them (especially Betsy).