Edwardian Romance and History Gains a Twist of Suspense

Rosemary Gresham has no family beyond the band of former urchins that helped her survive as a girl in the mean streets of London. Grown now, they concentrate on stealing high-value items and have learned how to blend into upper-class society. But when Rosemary must determine whether a certain wealthy gentleman is loyal to Britain or to Germany, she is in for the challenge of a lifetime. How does one steal a family’s history, their very name?

Peter Holstein, given his family’s German blood, writes his popular series of adventure novels under a pen name. With European politics boiling and his own neighbors suspicious of him, Peter debates whether it might be best to change his name for good. When Rosemary shows up at his door pretending to be a historian and offering to help him trace his family history, his question might be answered.

But as the two work together and Rosemary sees his gracious reaction to his neighbors’ scornful attacks, she wonders if her assignment is going down the wrong path. Is it too late to help him prove that he’s more than his name?

As England is on the brink of war, Rosemary Gresham is offered the job of a lifetime. One that requires her skills as a thief as well as her ability to read German. She poses as a librarian in order to gain access to Peter Holstein’s home and retrieve the information she was hired to find—to steal Peter Holstein’s name.

I loved these two characters. Peter’s stuttering and his focused concentration when he’s in his study are written in such away they quickly become endearing. Rosemary is strong, opinionated, and not afraid to speak her mind but her heart is in the right place when it comes to those she considers family (which she learns can expand further than her adopted brothers and sisters in London). 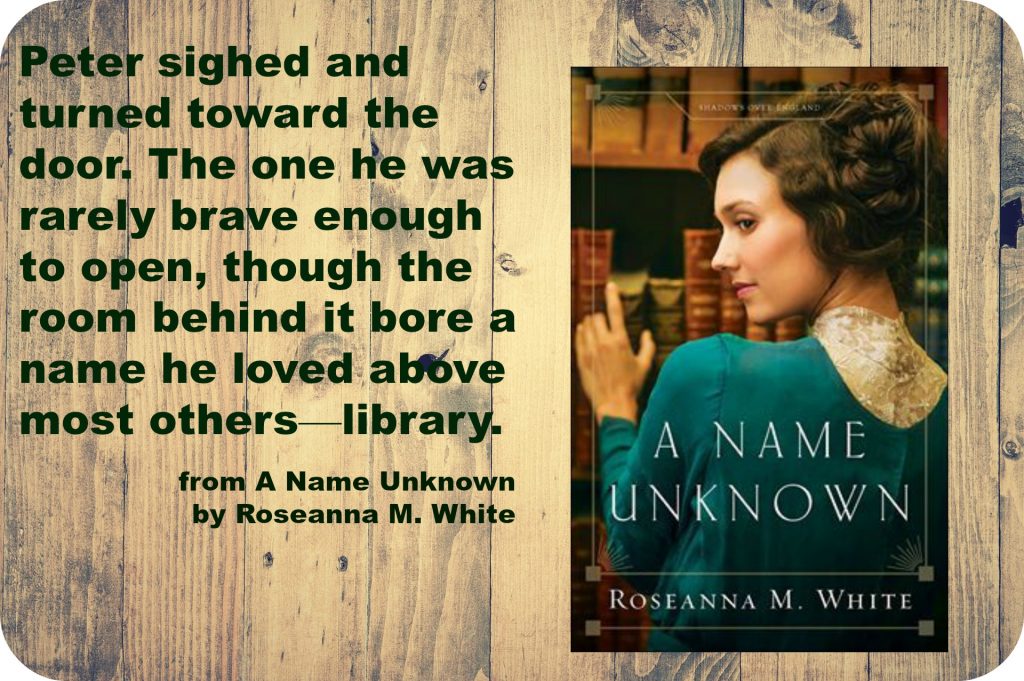 The fact that Peter and Rosemary don’t initially feel sparks between them—as a matter of fact, Peter annoys Rosemary while he pretty much ignores her. The attraction between them slowly builds along with their friends. I loved that they shared much of themselves through notes left for each other because writing invites honesty when given the opportunity to think about your words.

Add in the mystery of whether or not Peter is indeed a German spy and who it is who is causing him trouble, and this story was hard to put down once I started.

Ladies of the Manor Series: The Lost Heiress, The Reluctant Duchess, A Lady Unrivaled