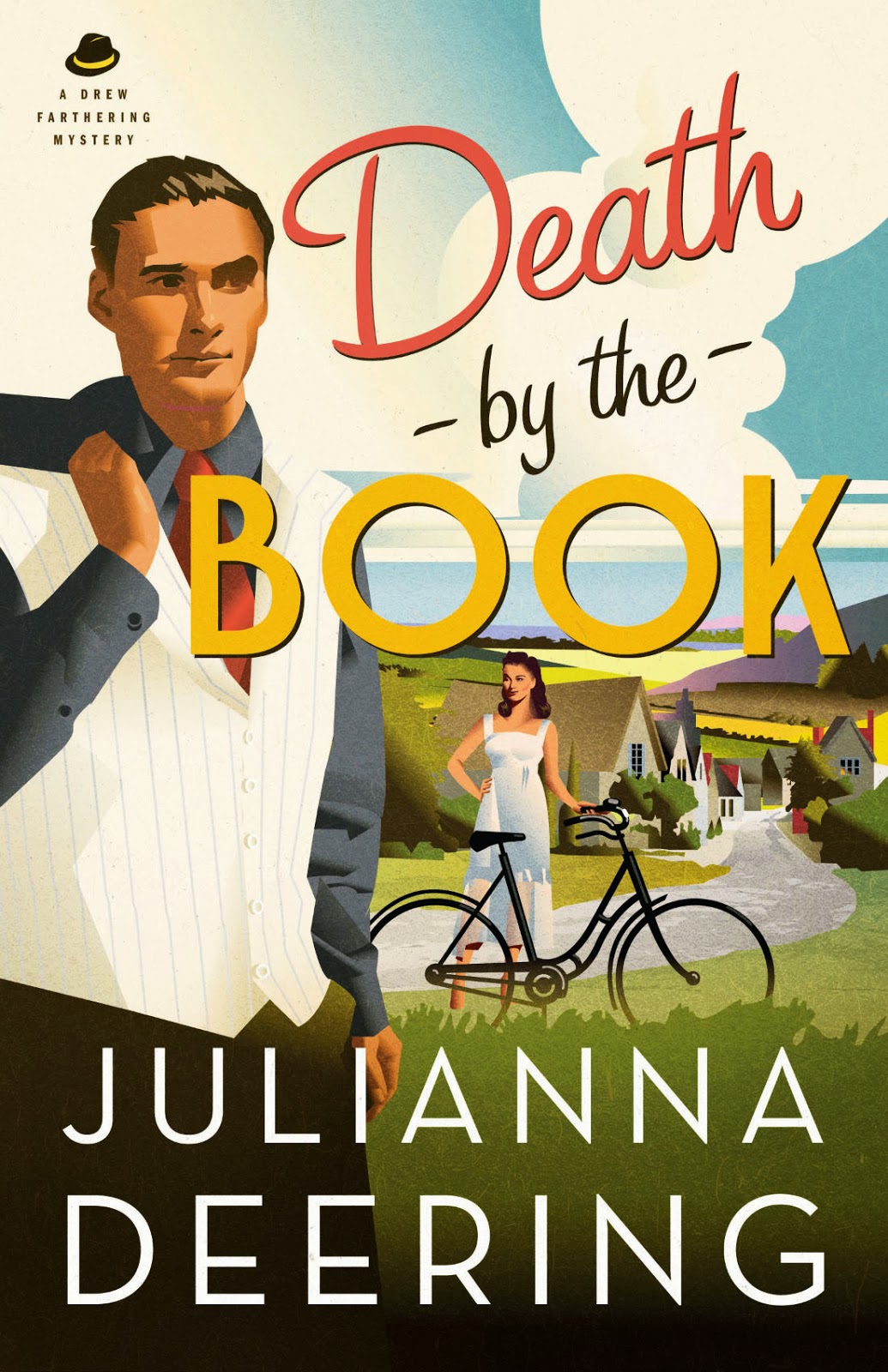 I like a good mystery. Over the past few years I’ve found both the Sherlock and Elementary television shows to be a couple of my favorites. It’s fun to watch how someone pieces a puzzle together to figure out who the murderer or criminal is. In Juliana Deering’s second Drew Farthering mystery, Death by the Book, readers will be delighted to see so many favorites return from book one.

Drew Farthering is once again around when a murder happens. Detective Birdsong agrees to let him help out with the investigation as long as he doesn’t get in the way. When more murders occur, getting closer and closer to Drew, he, his best friend, Nick and girlfriend, Madeline all scramble to figure out who is behind the murders. Throw in Madeline’s Aunt Ruth who has arrived from America and has strong opinions about everything, including Drew and Madeline’s relationship, and Drew has a lot on his hands.

While I was reading these books, I thought I had a handle on who the murder was, but my opinion kept shifting, and I was actually a little surprised by who it actually was in the end. What I liked about the whole thing was that Drew’s opinions kept shifting too. He was never really certain of who the murder was until the very end of the book. It is a realistic outcome for an amateur detective. I’m looking forward to book three in this series as well.

***Bethany House publishing provided me with a free copy of this book in exchange for an honest and fair review. I was not compensated in any way for either a negative or a positive review.