It’s encouraging that Hollywood is getting behind the recent (and by recent I mean probably in the last three or four years) wave of movies with a message of hope and healing. A message about God. The quite, assuming success of the small films like Facing the Giants and Fireproof, even actors have gotten behind the push for movies with a message. 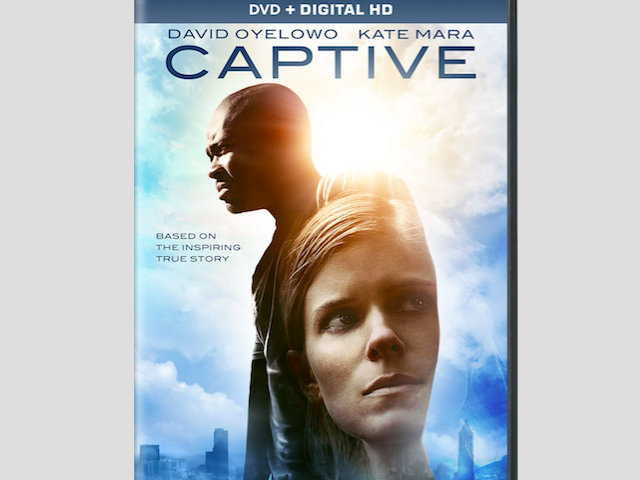 In Captive (based on a true story), single mother and widow Ashley Smith (Kate Mara, House of Cards, The Fantastic Four) is struggling to get her life back in order. Her addiction to meth has separated her from her own daughter. While she wants to get her life back on track, to get custody of her little girl back, but the draw of drugs is too tempting.

One evening, she is taken hostage in her own apartment by Brian Nichols (David Oyelowo, Selma, Interstellar), a man who has escaped policy custody and killed four people as he has fled across the city of Atlanta, GA in order to see his newborn child. While he seems like a cold-blooded killer, a criminal who should get what he deserves, he’s also hesitant to do harm to those how haven’t provoked him, those who are willing to listen to him, see him as a human being and not an animal.

As Ashley and Brian spend an entire night in her apartment, she turns to Rick Warren’s book, A Purpose Driven Life. When Brian asks her to read it out loud, they begin a conversation about God and their lives.

Both Oyelowo and Mara give strong performances in their roles, both believable. You can tell there was some money put into this movie. While some of the sets are simple, the cinematography is spot-on and you feel like you’re in that apartment with Ashley.

While this movie has a strong message and is well-done, it is not one for families. There is quite a bit of violence at the beginning and both main characters take drugs at a few points in the film. And while the message of God and hope is implied, the viewers only get to see it lived out in the real-life interview clips inserted within the final credits and the bonus material on the DVD. But for a lost and hurting world, it’s a place to start.

About the movie:
Based on a miraculous story about the power of faith, Captive is an “amazing, inspiring” drama about the spiritual collision of two lost souls, Brian Nichols (Golden Globe Nominee David Oyelowo), on the run from police and desperate to make contact with his newborn son, takes recently widowed mother Ashley Smith (Kata Mara) hostage in her own apartment. Fearing for her life and desperately hoping to see her daughter again, she turns to Rick Warren’s The Purpose Driven Life for guidance. Ashley and her captor face a crossroads where they discover hope and light in the midst of despair in the moving film that Dick Rolfe, CEO, Dove Foundation hailed as “powerful.”

There are over 30 minutes of bonus content on this DVD including Journey Through Darkness: Filming Captive and Faith and The Purpose Driven Life. Also included with this DVD is a Digital HD copy that can be instantly streamed and downloaded.

****FlyBy Promotions provided me with a complimentary copy of this DVD in exchange for an honest and fair review. All opinions expressed are my own.

“Disclosure (in accordance with the FTC’s 16 CFR, Part 255: “Guides Concerning the Use of Endorsements and Testimonials in Advertising”): Many thanks to Propeller Consulting, LLC for providing this prize for the giveaway. Choice of winners and opinions are 100% my own and NOT influenced by monetary compensation. I did receive a sample of the product in exchange for this review and post.