Y’all, I have a problem. There are so many good books that sometimes I hesitate to try new authors. At the same time, I have a small case of FOMO (Fear Of Missing Out). Besides, if I read books by new authors I would miss gems like Missing Isaac.

Valerie Fraser Luesse’s debut novel paints a vivid picture of small-town life in the south during the 1960s. There are invisible lines drawn amongst the social classes in addition to those drawn according to skin color.

A study in “train up a child in the way he should go,” Missing Isaac is Pete’s story. When the boy loses his father then finds a friend in a field hand only to lose him, he has no choice but to uncover what happened.

Pete is a good boy (almost too good to be true sometimes). In his search for his friend, he meets Dovey. These two understand and protect each other from their first meeting. And as they grow up, they grow closer. 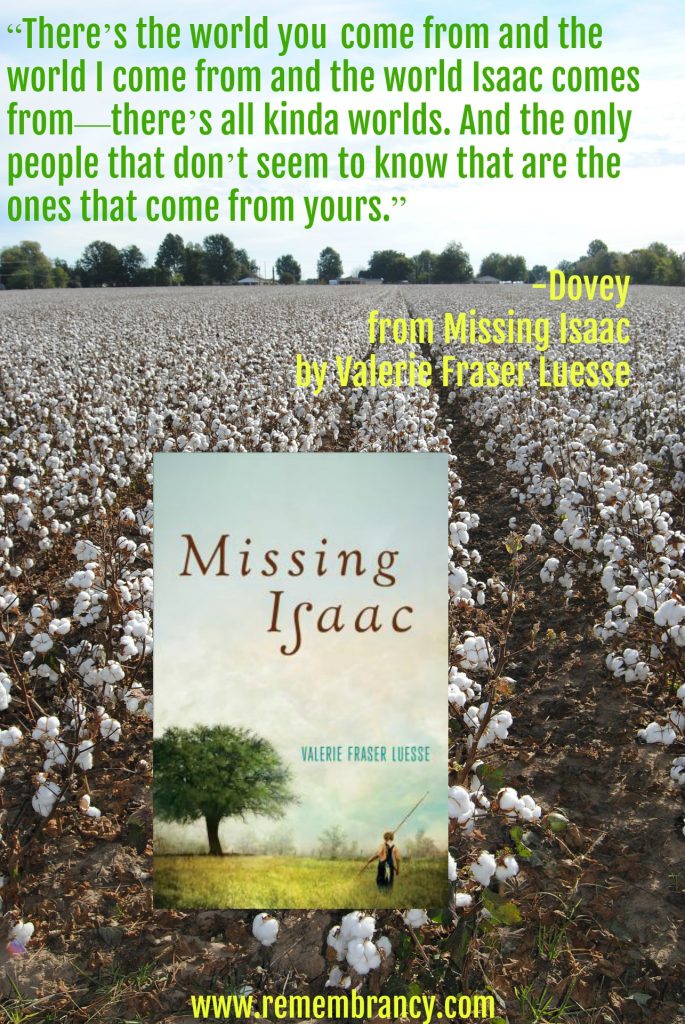 Throughout the book is woven the question of what happened to Isaac. While the entire book is not about the search, it comes up often enough the reader won’t forget about it. And as we’re introduced to the townspeople, Pete’s honesty, loyalty, and good character shine brightly.

Through prejudices, challenges, harsh opinions, and the storms of life, Pete makes choices that determine the man he will become. One of honor and integrity. One who uses his gifts and his resources to bless others as his family has taught him. 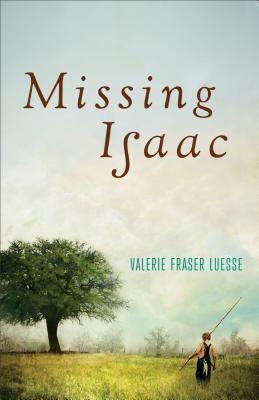 There was another South in the 1960s, one far removed from the marches and bombings and turmoil in the streets that were broadcast on the evening news. It was a place of inner turmoil, where ordinary people struggled to right themselves on a social landscape that was dramatically shifting beneath their feet. This is the world of Valerie Fraser Luesse’s stunning debut, Missing Isaac.

It is 1965 when black field hand Isaac Reynolds goes missing from the tiny, unassuming town of Glory, Alabama. The townspeople’s reactions range from concern to indifference, but one boy will stop at nothing to find out what happened to his unlikely friend. White, wealthy, and fatherless, young Pete McLean has nothing to gain and everything to lose in his relentless search for Isaac. In the process, he will discover much more than he bargained for. Before it’s all over, Pete–and the people he loves most–will have to blur the hard lines of race, class, and religion. And what they discover about themselves may change some of them forever.