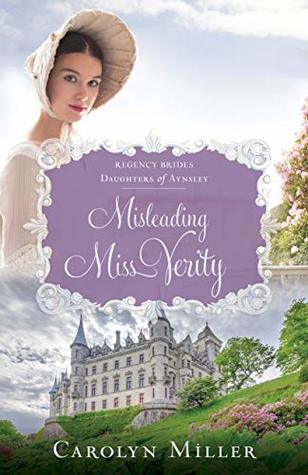 Verity Hatherleigh has a mind of her own—but her actions do not impress her viscount papa. When she gets into one scrape too many, he sends her off to the wilds of Scotland to rethink her headstrong ways.

Anthony Jardine relished his role as curate, but his new duties as laird of Dungally aren’t always to his liking. Though he thought his new inheritance would be a blessing, somehow he’s finding nothing but trouble on these estates. And the intelligent, compassionate, feisty lass who was sent to rusticate in his territory is one of the biggest problems. He’s falling in love with her, but she doesn’t share the faith that’s his foundation—not to mention he’s been lying to her about who he really is. For the truth-loving Verity, that may be unforgivable.

The tangled web these two have woven may spell disaster for their happiness—and for the tenants of Dungally. 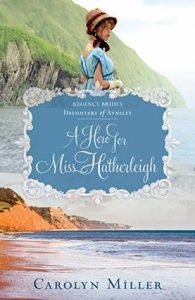 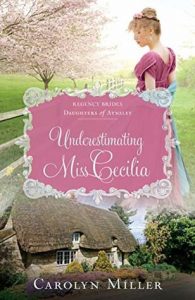 A heroine who knows her mind, a reluctant heir, and Scotland. Carolyn Miller’s final book in The Daughter’s of Aynsley series has much to enjoy.

In the previous books of this series, Verity was always somewhat of a mystery. She knows her mind and does her own thing. While readers have seen her through the eyes of her sister, there’s much more going on than those surface impressions. Verity despises injustice and sees it as her duty to right wrongs. When she lands in Scotland, she meets Anthony Jardine, a man who she finds ease in speaking with.

These two complement each other so well, there’s an ease and comfort between them that speaks to a root of friendship. But neither of being completely honest about themselves with the other and Verity doesn’t believe in the God Anthony has spent most of his life sharing.

With the vivid descriptions of Scotland, Verity’s propensity to dive into her schemes to prove her point, and Anthony’s challenges of becoming Laird, Misleading Miss Verity was another of Miller’s books I didn’t want to put down while I was reading and wasn’t ready to end when I reached the final pages.