Welcome to the Read with Audra blog tour for Midnight’s Budding Morrow by Carolyn Miller. 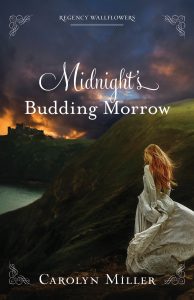 Can real love grow between a wallflower and an unrepentant rogue?

Sarah Drayton is eager to spend time with her best friend at her crumbling Northumberland castle estate. Matrimony is the last thing on her mind and the last thing she expects to be faced with on a holiday. Yet she finds herself being inveigled into a marriage of convenience with her friend’s rakish brother.

When James Langley returns to his family’s estate, he can’t be bothered to pay attention to his responsibilities as the heir. War is raging and he wants only distraction, not serious tethers. But his roguish ways have backed him into a corner, and he has little choice but to obey his father’s stunning decree: marry before returning to war, or else. Suddenly he finds himself wedded to a clever and capable woman he does not love.

Sarah craves love and a place to belong, neither of which James offered before returning to the battlefront. Now everyone around her thinks she married above her station, and they have no intention of rewarding her for such impertinence. It isn’t until her husband returns from war seemingly changed that she begins to hope they may find real happiness. But can she trust that this rake has truly reformed?

When tragedy strikes, this pair must learn to trust God and his plans. Will they be destroyed . . . or will they discover that even in the darkest depths of night, the morning still holds hope? 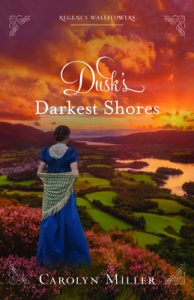 Carolyn Miller’s Regency Wallflowers series has an intriguing gothic edge to the regency era they are set in. Midnight’s Budding Morrow even includes a deteriorating castle, plenty of suspicious servants, and a marriage of convenience.

Sarah and James have an interesting first meeting—one which causes Sarah to avoid James as much as possible. Imagine her surprise when she is presented with the proposal of a marriage of convenience. Sarah asserts herself with people she sees in the same social spheres as herself but tends to turn into herself when it comes to the upper class. She’s also experienced much loss in her lifetime. And marriage doesn’t solve her problems. No, it just brings on more as she now straddles two worlds.

Miller’s characters have a depth to them that draws the reader in and makes them root for the hero and heroine. Life isn’t simpler with security. Doubts and insecurity plague Sarah and James still wrestles with the man he used to be versus the man he wants to be.

Historical romance and regency romance fans, you are missing out if you haven’t yet read any of Miller’s books. 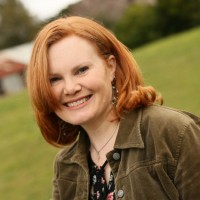 Carolyn Miller is an inspirational romance author who lives in the beautiful Southern Highlands of New South Wales, Australia, with her husband and four children.

A longtime lover of romance, especially that of Jane Austen and Georgette Heyer’s Regency era, Carolyn holds a BA in English literature and loves drawing readers into fictional worlds that show the truth of God’s grace in our lives. She enjoys music, films, gardens, art, travel, and food.

Miller’s novels have won a number of RWA and ACFW contests. She is a member of American Christian Fiction Writers and Australasian Christian Writers. 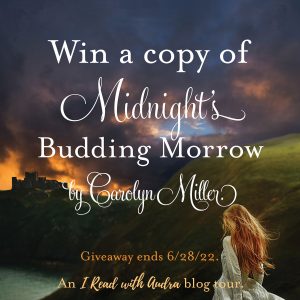