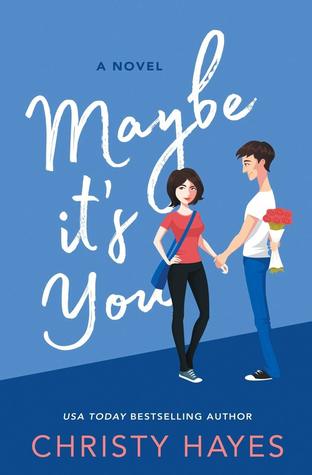 This is not your grandma’s (or even your mother’s Christian fiction). Maybe It’s You is sometimes gritty but true to its characters. Reagan and Dash attend a liberal school and are part of that culture.

I appreciated that Dash is fairly new in his faith and Reagan spends most of the book searching for truth with her academic brain. But more so, I appreciated that Christy Hayes did not steer away from true-to-life situations for her characters.

Be warned, this book has alcohol, drugs, and talk of attraction and sex—all real challenges for Christian college students. It also has the redemption message, tons of character growth, and strengthening relationships. And a little bit of romance too!

While some sections of the book could have been cut a little shorter, I applaud Hayes for giving readers truth for today and not diluting it.