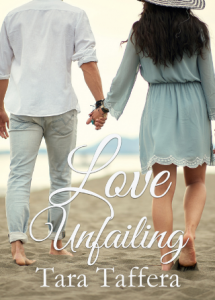 Anna Andros, a new Christian, becomes enraptured by the worship leader on stage each Sunday. His love for the Lord appears as solid as his strong muscles on display each week. The attraction is mutual, and Anna is drawn in by his charm.

Meanwhile, she becomes closer to another man, this one a lifelong Christian and family friend. Conflict arises as she is torn between the two men in her life. Is the worship leader as genuine as he seems? Or is the one she has known for years who God has in mind for her?

A crisis at the church puts things into perspective for Anna. Who is the one who will stand beside her? Why is the pastor turning a blind eye to the hurt Anna endured? Will God answer prayers and give Anna the healing and love she so deserves? 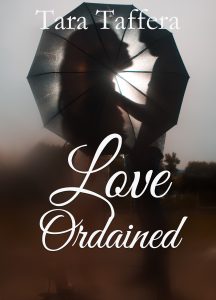 Love Unfailing is the second book in Tara Taffera’s A Divine Love series. While Love Unfailing can be read as a standalone book, you’ll have a better understanding of many of the characters if you’ve read Love Ordained first.

Anna Andros is bright, tender-hearted, and outgoing, and Tony has admired her from the sidelines. When Anna starts dating another man, Tony’s left out in the cold.

Tony is hands-down my favorite character in this book. He’s levelheaded, faithful, consistent, and determined. He knows what his heart wants and, even when storms arise and all seems hopeless, he keeps his eyes on his goal. Anna was a conundrum to me. At first she was likable with her concern for her friends and her sister-in-law, but when she’s put under pressure, she cuts herself off from everyone and becomes someone different than who she was the first half of the book.

Yes, she has some trauma in her life that fills her with fear and pushes those she loves away. And yes, some people deal with hard things that come in the way Anna does, but it felt too much out of character for Anna.

That said, there are many great things about this book—the friendships, the forgiveness, and (most of) the romance. And I’m extremely interested to learn what Grace’s story is.