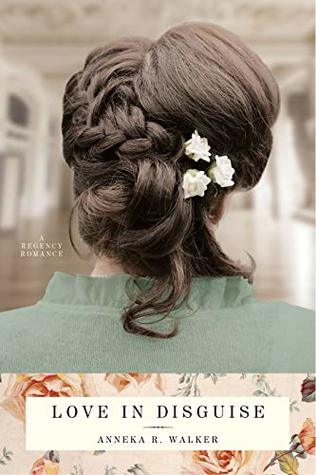 Marion Watt is set to embark on her first London Season, and her parents have spared no expense to help her secure a suitable husband. Unlike most of the social-climbing young women in her position, Marion has no desire to marry hastily or for anything less than love. But when she learns of her mother’s declining health, she knows she must keep an open mind and allow herself to be courted. What she does not anticipate, however, is that the attentions of the insufferable Lord William Everton will be placed squarely on her. He might be the most sought-after bachelor of the Season, but she sees in him nothing but a frivolous cad.

Until William inherits his father’s title and seat in parliament, he must rely on his own devices to change the world. Dressing like a ridiculous dandy serves its purposes, but he is certain his newest disguise will help him find a wife to please his parents and further his own agenda. From among the glittering group of debutantes, William finds only one woman who passes his test. Unfortunately, the perfect choice is the only woman in all of London who despises him.

Y’all it has been a jam-packed reading year and there are so many books I haven’t even touched yet. With a couple of extra days off for the holidays, I was able to sneak in a couple of those books that have been on my TBR way too long. One of those was Anneka Walker’s debut novel.

I’m a fan of regency romances, and Love in Disguise hits many of the high points—the London season, the country estates, the aristocracy, and the good, bad, and ugly of the Ton.

While I was immediately drawn to Marion and her situation, it took a bit longer to warm up to William. Once I got to know his character instead of the role he’s playing, he grew on me.

There were a couple of points in the story that lagged (mostly because our hero and heroine were not communicating), but overall, this is a solid debut from Walker. I would definitely pick up another book from her in the future.