Did you know that there is a 400-year gap between when the prophets stopped speaking to God’s people and the birth of Jesus? In her Silent Years series, Angela Hunt shares some history of this time through stories, including the years leading up to Jesus’s birth in King Herod’s court. 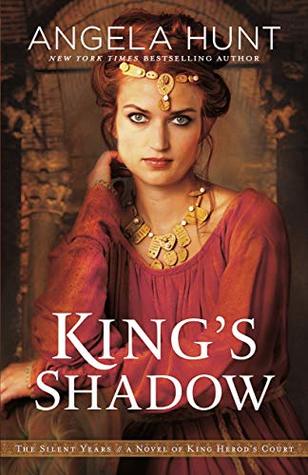 Two women occupy a place in Herod’s court. The first, Salome, is the king’s only sister, a resentful woman who has been told she is from an inferior race, a people God will never accept or approve.

The second woman, Zara, is a lowly handmaid who serves Salome, but where Salome spies conspiracies and treachery, Zara sees hurting people in need of understanding and compassion.

Powerful and powerless, Idumean and Jew, selfish and selfless–both women struggle to reach their goals and survive in Herod the Great’s tumultuous court, where no one is trustworthy and no one is safe. 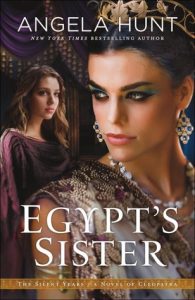 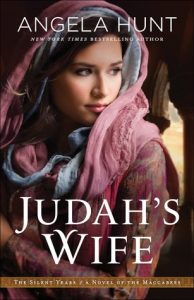 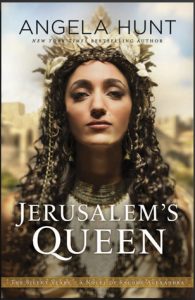 It’s difficult to put into perspective the 400-year time span between the old and new testaments, but in King’s Shadow, Angela Hunt brings some of that time to life. Readers are given a glimpse into King Herod’s reign (leading up Jesus’s birth and his demand that every boy under the age of two be eliminated in order to eradicate the threat to his throne).

Hunt’s research is impeccable and evident throughout the book as historical and Biblical characters cross the pages. Through the eyes of Salome (Herod’s sister) and her handmaid (Zara), readers get a view of the King’s Court through two different perspectives.

While that got confusing at times (even more so because many of the characters had the same or similar names), the scheming, backstabbing, and paranoia are plenty obvious.

I’ve read several of Hunt’s other Biblical fiction novels and enjoyed them a little more. But if you’re interested in this history or what led up to Herod’s demand of killing of an entire generation of boys, this may be the book for you.