Love and war are often the same thing.

Prince Karhiad is a humble king-in-waiting. His father, King Vilsig, rules the Kingdom of Merrhius with an iron fist. While the king dreams of endless conquests, his son only wants to conquer the hearts of his subjects through love instead of fear.

Meanwhile, a dark and sinister force threatens every kingdom around. And if King Vilsig and Prince Karhiad can’t put aside their differences, an ancient sinister beast and his supernatural army will lay waste to the Kingdom of Merrhius.

On the night of Prince Karhiad’s 17th birthday, he is mesmerized by a radiant light and makes a decision to learn of its origin. That choice will force him towards answers he wasn’t seeking, a woman he wasn’t planning to fall in love with, and a destiny that will bring him great suffering yet an even greater reward. But in this gripping tale of good vs. evil, the power of love isn’t just a shield to ward off the darkness — it’s also the strongest weapon of all. 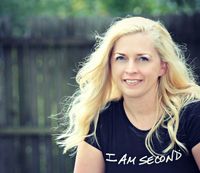 I am a friend of Jesus who at times fails at making this is my most important relationship. I am a wife who forgets at times this is my primary job. I am a mom who at times didn’t get it right. I take lots of pictures that annoy everyone in my family except for my dog. She loves it.

I began writing short stories when I was a child. I would sit in my room for hours writing as fast as I could to keep up with my thoughts. We didn’t have a typewriter and certainly no computer. Too often my writing would turn to scribble. I ended up with lots of loose paper with many short stories written on them in half scribble that made it too difficult for others to read. Thanks to technology, I went back to my childhood passion and wrote a story that I turned into a readable book.

That’s me, to make a long story short.

The Kingdoms of A GREAT LIGHT

In this first book, A Great Light, you are introduced to 3 major kingdoms — Merrhius, Trinicity, and Ananias.  There is also a few other minor kingdoms mentioned, however their focus will play out in future books.

Merrhius is the city Prince Karhiad is from.  A very typical kingdom ruled by a dedicating ruthless king.  There is the evident lower class of society that lives in poverty and does all the hard work in the kingdom, and then there is the wealthy who share nothing of their goods.  The king of Merrhius plans for expansion, seeking to take over other kingdoms so he can eventually build an empire.  The army in Merrhius is continually preparing for war.

Trinicity is the mysterious kingdom; mysterious in the sense that many cannot ever locate it.  There are folklores about this location that it consists of magic and sorcery.  On the contrary, Trinicity is a very righteous kingdom.  There is not a separation of class among its citizens.  The older children and teenagers all work for free so they can learn trades, be given responsibility and have a genuine respect of hard work.  The females in Trinicity are bestowed a gift that they give to a male.  It can only be given one time, and the way it is given has never been figured out by other kingdoms.  The only way a foreigner can find Trinicity is by having a pure heart.

Ananias is a kingdom that is mentioned very minimally in this first book, however will play a major role in the second book.  People don’t particularly view Ananias as a kingdom because its citizens appear uneducated, unqualified for any type of battle, and they don’t have walls that outline their land to protect their kingdom.  Although foreigners don’t fear Ananias or view them as having anything they need, they do find a peace and kindness about this culture. 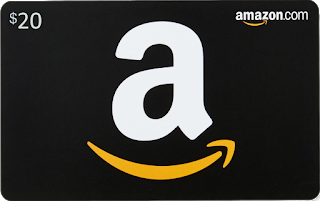