Paige McAllister needs to do something drastic. Her boyfriend can’t even commit to living in the same country, her promised promotion is dead on arrival and the simultaneous loss of her brother and her dream of being a concert violinist has kept her playing life safe and predictable for six years. Things need to change. A moment of temporary insanity finds her leaving her life in Chicago to move to Sydney, Australia. There she finds herself, against many of her convictions, as a logistics planner for one of Australia’s biggest churches, and on a collision course with her boss’s son.

Josh Tyler fronts a top-selling worship band and is in demand all over the world. But, in the past, his failed romantic relationships almost destroyed both his reputation and his family. He’s determined to never risk it happening again. The last thing he needs is some American girl tipping his ordered life upside down. Especially one who despises everything he’s ever worked for and manages to push every button he has.

When Josh and Paige are thrown together to organize his band’s next tour, the sparks fly. But can they find a way to bridge the differences that pull them apart? Or will they choose the safety and security of what they know over taking a chance on something that will require them to risk everything?

Last year, I read two wonderful books by Kara Isaac and have not been shy about proclaiming one of them (Can’t Help Falling) as one of my top reads of 2016. So, when I found out Isaac had a new one out, I promptly ordered it. And it sat and sat. Not because I didn’t want to read it but because I’ve been busy with other reading commitments.

Finally, finally, I carved out the time to read this gem of a book. And I devoured it! There is so much to say about this book. The humor is delicious. Paige McAllister constantly finds herself in the most embarrassingly funny situations and always in Josh Tyler’s presence. Did someone say drop bears?

As the worship leader for a well-known Australian church, Josh Tyler is a little too serious, extremely concerned about his public image, and in need of a little lightheartedness. But Paige is not at all the woman he needs. As a matter of fact, she’s proclaimed his life her worst nightmare. 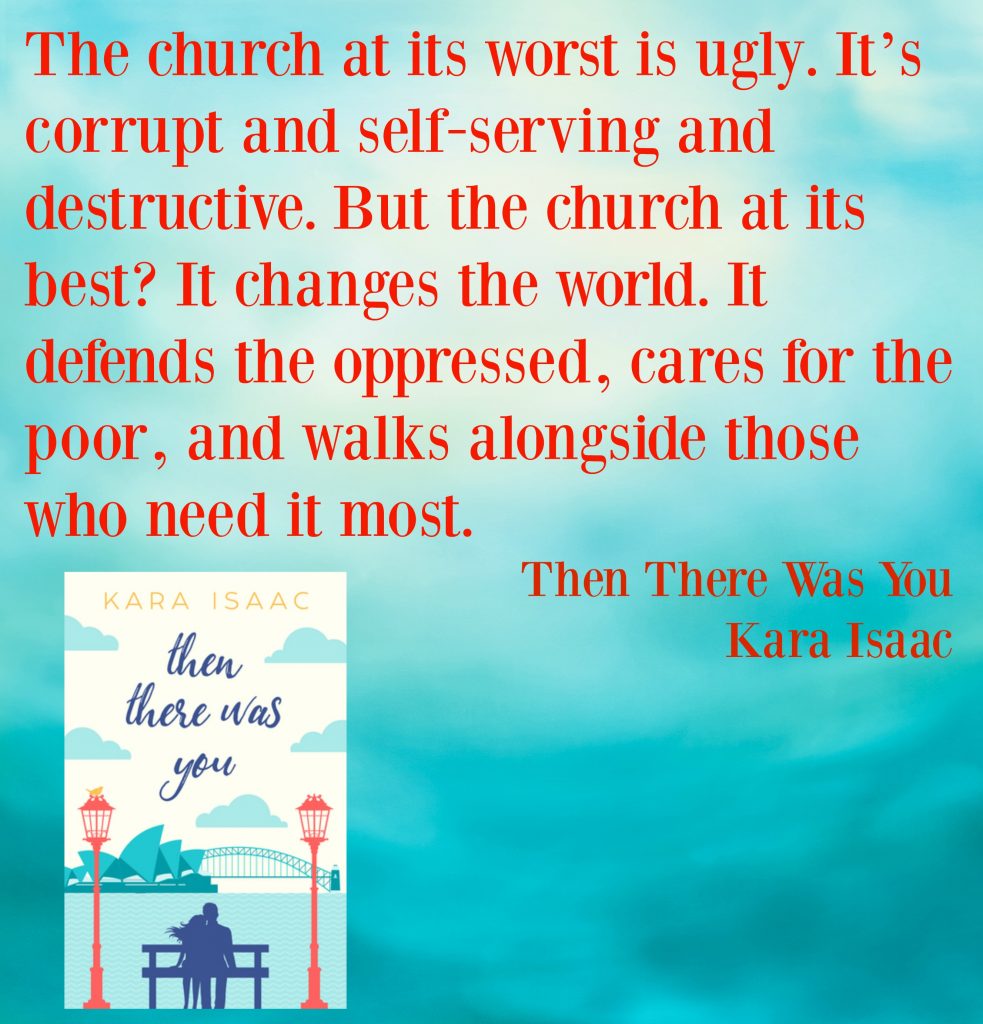 Forced to work together, Paige and Josh slowly learn that first impressions based on assumptions aren’t accurate. That believing them could derail something beautiful. This story is about living life, about not hiding from the past, about letting go of fears and letting God lead you. Another original and delightful read from Kara Isaac should not have surprised me, but it did. In the best way.