I’ve enjoyed Patricia Bradley’s Cold Case series and Justice Betrayed just might be the best one yet! 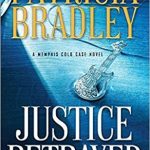 Patricia Bradley returns to Memphis. And what says Memphis more than Elvis Presley?

When Detective Rachel Sloan is approached by an Elvis tribute artist about a murder more than a decade old who later turns up dead, she’s forced to confront a tragedy from her past.

With attacks, investigations, interviews, an Elvis contest, and more, Rachel and a former flame, Boone Callahan (who is now her Lieutenant) are thrust together. Boone knows Rachel is something special but Rachel is focused on her career and doesn’t want to jeopardize it for romance.

Justice Betrayed gives readers a taste of Memphis. Elvis contests, Beale Street, The Pink Palace, and more. But more than that, it is a romantic suspense with lots of suspects! My guess at who the murder is changed with every interview or piece of uncovered evidence. Even getting the villains point of view didn’t help narrow down who did it. 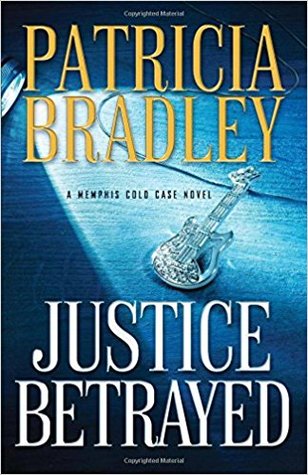 It’s Elvis Week in Memphis, and homicide Detective Rachel Sloan isn’t sure her day could get any stranger when aging Elvis impersonator Vic Vegas asks to see her. But when he produces a photo of her murdered mother with four Elvis impersonators–one of whom had also been murdered soon after the photo was taken–she’s forced to reevaluate. Is there some connection between the two unsolved cases? And could the recent break-in at Vic’s home be tied to his obsession with finding his friend’s killer?

When yet another person in the photo is murdered, Rachel suddenly has her hands full investigating three cases. Lieutenant Boone Callahan offers his help, but their checkered romantic past threatens to get in the way. Can they solve the cases before the murderer makes Rachel victim number four?