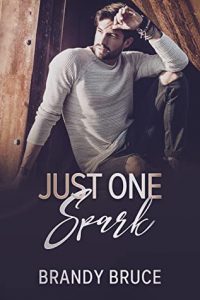 The last thing Jason Garcia needs is another distraction. After burning out on computer programming, he feels at the back of the line when it comes to getting his life on track. He rediscovered his passion for cooking and decided to make a life change, but every step forward has resulted in two steps back.

Switching careers and moving from the suburbs back to the city was only the beginning. Now Jason needs to dive in and focus on his professional goals.

But when Jason’s future changes in a blink, it’s time to reevaluate all those dreams he’s been chasing.

Everything he knew about himself is thrown into question as Jason struggles to meet the challenges he’s facing. But if there’s one thing he does know, it’s that backing down is not in his nature and giving up isn’t an option. 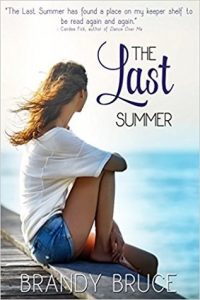 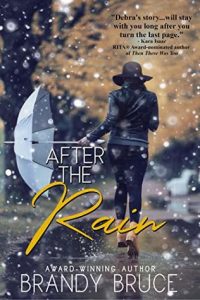 Brandy Bruce is one of those authors who tugs and yanks at reader’s emotions in her books. They aren’t easy reads, but they are richer for the experience the reader takes along with the characters. Just One Spark is Jason’s story and is no exception.

I have mixed emotions about this book. On the one hand, it’s gritty, it’s raw, it’s real. Jason has found himself in the messy, muddy world of consequences for his sin. He is struggling with so many things in his life—his relationships, his future, his job.

And that’s where I got annoyed with him too. He was so focused inwardly that he failed to see the hurt he caused. He failed to look toward the One who saves. He was so mired in his pity that he got stuck there. Even when his friends and family came alongside him, he remained there for much of the book.

But isn’t that how we live our lives sometimes? We are so blinded by our circumstances or our situations, so paralyzed by our consequences that we hide from God instead of running to Him? He knows our sins. Nothing is hidden from Him, but in our shame, we turn from the light of hope.

I did enjoy catching up with the group of friends I met in The Last Summer. And the end of Just One Spark is perfect, giving us closure, letting us know that despite the rocky and rough road each of these friends has traveled, everything will be alright.