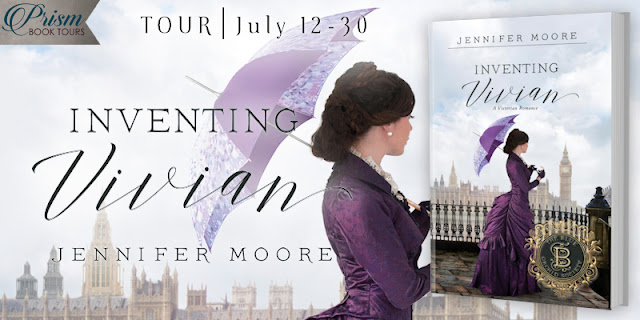 Historical Romance
Paperback & ebook, 224 Pages
June 7, 2021 by Covenant Communications
Ladies of London’s High Society are known for their social graces and poise. Vivian Kirby boasts neither of these enviable qualities, though she does offer impressive conversation on chemical compositions. Unfortunately, it appears that not many men want a brilliant wife. So it is that Vivian finds kinship with a group of young women who embrace each other’s differences: The Blue Orchid Society.
After an extended stay in China, Lord Benedict has returned transformed to his family’s estate, where an encounter with Vivian, whose scientific knowledge he once undermined, leaves him determined to make amends. He arranges to help forward her research—anonymously, of course. Through letters, Vivian establishes a warm friendship with her secret benefactor, even as she’s unexpectedly drawn into a murder investigation that forces her to work alongside Benedict to unearth the truth. Soon, Vivian fears she may be falling in love with two men, never suspecting that they are one and the same.
(Affiliate links included.)
Goodreads | Amazon | Barnes & Noble | Deseret Book | Seagull Book

Historical Romance
Paperback & ebook, 224 Pages
May 1, 2020 by Covenant Communications
Lady Sophronia Bremerton is a far cry from the typical debutante, but she’s the toast of London’s upper class for one simple reason: she’s a society columnist for the London Illustrated News, and the gentry loves seeing their exploits printed in the gossip pages. But Sophie has bigger plans – she aspires to be an investigative reporter. When a stuffy ballroom at yet another Season proves to be nothing more than the usual rumor mill, Sophie seeks respite in the library alongside four other young women who, for their own reasons, are also looking for escape. As the conversation turns to their secret ambitions, the women form a sisterhood and a bold plan: they will make their dreams a reality, no matter the obstacles. Thus begins the Blue Orchid Society.
Hearing of a murder in a London rookery, Sophie seizes the opportunity to prove her skills. Detective Jonathan Graham doesn’t believe a civilian, a noblewoman at that, should be anywhere near a murder investigation, but Sophie insists on helping bring the killer to justice. Her investigative prowess doesn’t go unnoticed by the police, especially Jonathan, who can’t decide whether this intrepid reporter is a thorn in his side or the woman of his dreams. But as the case grows more complicated and dangerous, their very lives – and their hearts – may be at risk.
(Affiliate links included.)
Goodreads | Amazon | Barnes & Noble | Deseret Book | Seagull Book

If you’re in search of a book with some fun twists, look no further. Inventing Vivian by Jennifer Moore is a Victorian read with a whip-smart heroine whose inventions are better than those of many of the men in her time and a reluctant heir who has left his adventures in China to return home and assume his role after his brother’s death.

But there is so much more that makes this book such a wonderful read. There are the friendships between the women of the Blue Orchid Society. They not only encourage each other to reach for their dreams, they support each other to make them happen. There’s mystery and suspense in the second half of the book all while Vivian and Lord Benedict get to know each other through some wonderful letters.

In Inventing Vivian, Moore delivers relatable characters and an engaging story you don’t want to miss.

Jennifer Moore is a passionate reader and writer of all things romance due to the need to balance the rest of her world that includes a perpetually traveling husband and four active sons, who create heaps of laundry that are anything but romantic. She suffers from an acute addiction to 18th and 19th century military history and literature. Jennifer has a B.A. in Linguistics from the University of Utah and is a Guitar Hero champion. She lives in northern Utah with her family, but most of the time wishes she was on board a frigate during the Age of Sail.
Website | Goodreads | Facebook | Bookbub | Instagram
Tour Schedule

One winner will receive a print copy of Inventing Vivian by Jennifer Moore and a $25 Amazon gift card. (US only)
Ends July 21, 2021
ENTER HERE