Welcome to the Blog Blitz for Impending Strike by Sami A. Abrams and Lynette Eason, hosted by JustRead Publicity Tours! 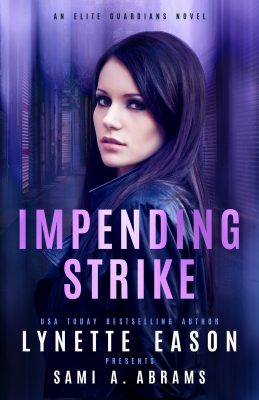 Elite Guardian Charlie Lee knows that there is no future with the woman he loves—fellow Guardian Lizzie Tremaine. And, he gets it—as a single mom, Lizzie has to protect her daughter. But more than anything, he wants the chance to prove himself.

Then, the unthinkable happens—while working undercover, Charlie is seriously injured…and his memory of the past four years is lost. Could it be the fresh start that he didn’t realize he longed for?

Despite a friendship that’s turned flirtatious at times, Lizzie Tremaine has held Charlie at arms’ length. She’s lost all the men she’s ever loved, and is unwilling to risk her heart again. Still, she’s glad to keep an eye on him—as his bodyguard—and while she’s at it, help him put the pieces of his past together, including discovering who attacked him, and why.

It’s her heart…or his life. What will protecting Charlie cost her?

Each planned drug buy raked on Charlie’s nerves. The lifestyle wore on him. After a year of setting up his presence in the drug scene and five weeks of full work undercover, he wondered how much more he had in him to continue.

He shoved his hands in his pockets and fiddled with his burner phone. His touchstone. His lifeline to the safe world. No names, only speed dial numbers of his Elite Guardians Agency teammates and Quinn. The women had insisted that he include their numbers. He’d resisted, not wanting to put the members of the agency in danger. But they’d reminded him that’s what a team did. They had each other’s backs. He was honored to be included among the top bodyguards in the nation, even if he was the only male. Not that he had a problem with that. He trusted them more than he trusted the police officers he’d served with on the Atlanta PD. And that said something.

Knowing that God was watching over him and that the team was a phone call away allowed him to maintain his calm demeanor and play the part of the cocky, confident dealer of his alter ego, Rod. He left the phone in his pocket and strolled down the sidewalk like he owned the neighborhood.

“I can do the hit.” A gruff voice drifted on the night air.

Charlie froze and scanned the area, searching for the source of the words.

“Not so fast,” a second man argued. “You can’t mess this up. We have one shot at killing her, and if we miss, they’ll close ranks.”

The hair on the back of Charlie’s neck rose. He ducked behind a row of trash cans next to an apartment building, grimacing at the strong garbage odor, a mixture between fish and rotten eggs. Forcing himself to focus, he strained to hear the conversation, but the men moved out of earshot.

Charlie slipped from his hiding spot and clung to the shadows on the edge of the street, following his targets. His ratty shirt and stained jeans, not to mention his unkempt hair, gave him the ability to blend into the neighborhood, but a hinky feeling of being watched crept in and stayed. 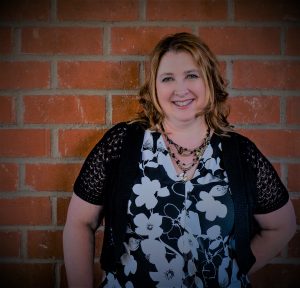 Sami A. Abrams grew up hating to read. It wasn’t until her 30s that she found authors who captured her attention. Now, most evenings you can find her engrossed in a romantic suspense novel. In her opinion, a crime plus a little romance is the recipe for a great story. Sami lives in Northern California, but she will always be a Kansas girl at heart. She has a love of sports, family, and travel. However, a cabin at Lake Tahoe writing her next story is definitely at the top of her list. Visit her at http://www.samiaabrams.com. 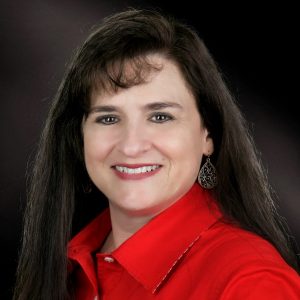 Lynette Eason is the bestselling author of Life Flight and the Danger Never Sleeps, Blue Justice, Women of Justice, Deadly Reunions, Hidden Identity, and Elite Guardians series. She is the winner of three ACFW Carol Awards, the Selah Award, and the Inspirational Reader’s Choice Award, among others. She is a graduate of the University of South Carolina and has a master’s degree in education from Converse College. Eason lives in South Carolina with her husband and two children. Learn more at www.lynetteeason.com.

(1) winner will receive a signed copy of Impending Strike and a $25 Amazon gift card! 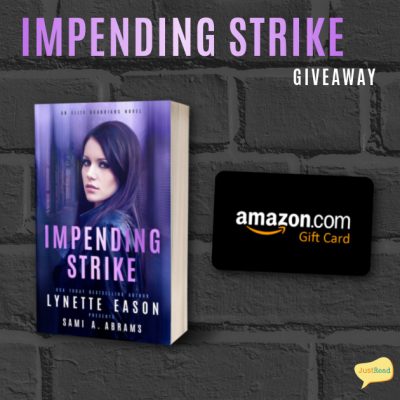 Full tour schedule linked below. Giveaway began at midnight June 20, 2022 and will last through 11:59 PM EST on June 27, 2022. Winner will be notified within 2 weeks of close of the giveaway and given 48 hours to respond or risk forfeiture of prize. US only. Void where prohibited by law or logistics.