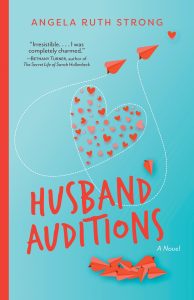 How far would you go to find the perfect husband? All the way back to the 1950s?

In a world full of happily-ever-after love, Meri Newberg feels like the last young woman on the planet to be single, at least in her Christian friend group. So when she’s handed a strange present at the latest wedding–a 1950s magazine article of “ways to get a husband”–she decides there’s nothing to lose by trying out its advice. After all, she can’t get any more single, can she?

Her brother’s roommate sees the whole thing as a great opportunity. Not to fall in love–Kai Kamaka has no interest in the effort a serious relationship takes. No, this is a career jump start. He talks Meri into letting him film every silly husband-catching attempt for a new online show. If it goes viral, his career as a cameraman will be made.

When Meri Me debuts, it’s an instant hit. People love watching her lasso men on street corners, drop handkerchiefs for unsuspecting potential beaus, and otherwise embarrass herself in pursuit of true love. But the longer this game goes on, the less sure Kai is that he wants Meri to snag anyone but him. The only problem is that he may not be the kind of husband material she’s looking for . . .

With droll comic timing, unbeatable chemistry, and a zany but relatable cast of characters, Angela Ruth Strong has created a heartfelt look at the reality of modern Christian dating that readers will both resonate with and fall for.

Husband Auditions by Angela Ruth Strong coaxed some chuckles from me while I was reading the book. However, it was not as heavy on the com of the romcom genre as I like.

Meri has a strong disdain for Kai to start, but once they start working together, I saw the potential for this team (as did many of their followers). Those follower comments that Kai read faithfully made me scratch my head at why it took so long for any romantic connection to form between these two. Yes, I got that they were fighting their attraction but at least show us some of that attraction.

Some of the items on the list were fun, some were silly, and others were just cringeworthy. But it all made for good entertainment and fantastic banter between Meri & Kai.

Strong also incorporates some strong faith elements, including a sermon on marriage that serves as a turning point for these two (and y’all, as a single gal in the church I can confirm that these sermons often don’t seem to be for those of us without significant others on the surface but always carry some nuggets for us anyway).

All that to say this was a fun read that is lighthearted with moments of deepness. If you’re looking for something that won’t wring you out emotionally (other than the laughter), Husband Auditions is a good choice. And I’m already in line for Gemma’s book. 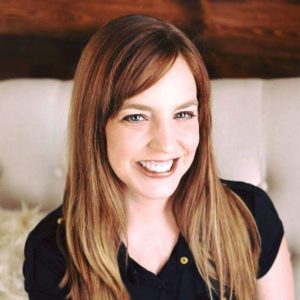 left her. Ten years later, God has shown her the true meaning of love, and there’s nothing else she’d rather write about.

Strong’s books have since earned Top Pick honors in Romantic Times, won the Cascade Award, and been Amazon best sellers. Her book Finding Love in Big Sky recently filmed on location in Montana and will air soon. She also writes articles for SpiritLed Woman.

To help aspiring authors, she started IDAhope Writers where she lives in Idaho, and she teaches as an expert online at Write That Book.

Besides writing, Strong teaches exercise classes, works for an airline, and enjoys Harley rides with her husband and camping with her three kids. 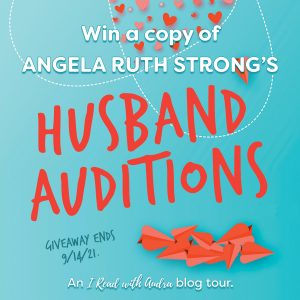 Angela Ruth Strong is also giving away a round trip airline ticket from Allegiant Air ticket to one of her newsletter subscribers. Enter that giveaway here.