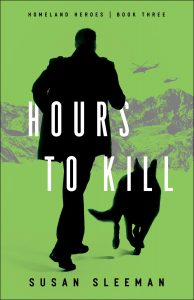 Just as Homeland Security Agent Addison Leigh reaches the pinnacle of her cyber investigation into a firearms smuggling ring, she’s attacked and left for dead. Her estranged husband, ICE Agent Mack Jordan, is notified that she’s at the hospital in a coma. He may have let his past military trauma ruin their short marriage, but she never gave up on their relationship, and he remains her next of kin.

Mack rushes to her bedside, where he promises to hunt down the man who attacked her. Mack failed her once when he bailed on their marriage, and he’s not about to let her down again. But when she wakes up in the hospital, she remembers neither the attack nor ever being married to Mack. And when a second attempt to take her life is made, it’s clear something very sinister is going on, and Mack and Addison are in for the ride of their lives. 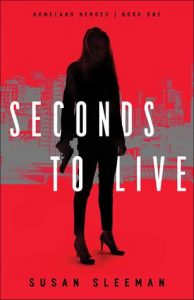 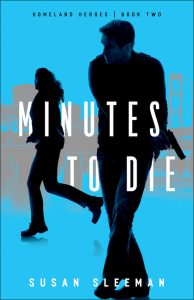 Whether it’s because it’s the third book in the series and I’m acquainted with Mack or because of Mack and Addy’s m (or maybe those two things plus a few more), Hours to Kill is my favorite in this series.

There are some unique twists to this one. Mack and Addy are already married but currently separated. When Mack comes to care for her, Addy has no memory of being married—or of him. And to top that all off, Addy is in the middle of a big investigation that poses a threat to national security.

Susan Sleeman has returned with her trademark procedural suspense. This book is packed with investigation procedures and equipment as well as an intriguing investigation that brings readers along the ride.

This is a book that leans heavier on the romance side of romantic suspense (no complaints here) with a plausible plot, excellent characters, and an excellent wrap up to the entire series.