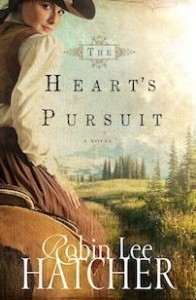 Silver Matlock has managed to put her parents in financial hardship. At least that’s the way she sees it. When she is abandoned on her wedding day by the man who was to be her groom, she believes he was also responsible for stealing the money out of her father’s safe that was to be used to pay off the mortgages of their home and their store. Determined to find the man who stole from them, she hires Jared Newman, a bounty hunter who is one his own quest for revenge. He has been searching for the man who murdered his family, intent on bringing him to justice.

As Silver and Jared travel from Colorado to Nevada on horseback, neither of them wants to admit they are growing closer to each other. Silver was just burned by a man, and isn’t ready to put herself in a situation where her heart will lead her wrong again. Jared is used to being on his own, but the stubborn woman who refuses to follow his orders is changing that. Will the two of them be able to let go of their past hurts and let their hearts heal enough to find the love God intended for each of them?

The Heart’s Pursuit by Robin Lee Hatcher is a bit of a departure from her normal settings, but the different, almost western, style works. Readers will still enjoy the relationships and the settings that Hatcher is known for. This is another fantastic Hatcher must-read for her fans.

****BookLook Bloggers and Zondervan provided me with a free copy of this book in exchange for an honest and fair review. I was not compensated in any manner for either a positive or a negative review.