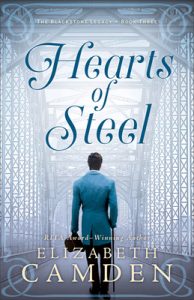 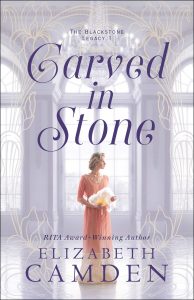 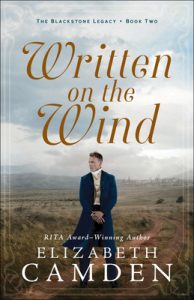 Readers get to learn Liam Blackstone’s story in Hearts of Steel, the final book in The Blackstone Legacy series by Elizabeth Camden.

Liam is trying hard to fit into the family he was stolen from as a child, and it’s not without detractors and challenges. His biggest enemy is dead set on getting Liam kicked off the board of his family’s steel company. When he meets Maggie, he’s impressed by her moxie and sees a potential ally in her.

An incident during her youth has made Maggie the woman she is today—a successful businesswoman who is frugal to a fault. In fact, her need for financial security has caused some problems in her relationships. And when her ice cream business is threatened, she’ll do everything she can to save it.

I liked Liam and Maggie together. There are a few misunderstandings between them, but they appreciate each other for their pasts as well as their current situation. I enjoyed seeing Gwen and Natalia again. As with all of Camden’s books, the historic detail is well-researched and interesting to learn as the storyline moves along.