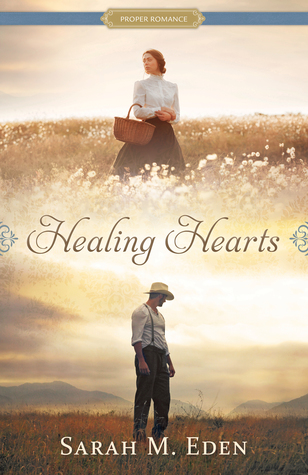 As the only doctor in the frontier town of Savage Wells, Gideon MacNamara knows his prospects for a bride are limited. The womenfolk in town are either too young, too old, or already spoken for. So, being a practical man, he decides to take advantage of the matchmaking service of the day—mail-order brides—and sends away for a woman with nursing experience.

When Miriam steps off the stagecoach in Savage Wells, she sees a bright future in front of her. But when the town—and Gideon—meets her, ready for a wedding, her excitement quickly turns to horror. Somehow Dr. MacNamara’s message had gotten turned around. He didn’t want a nurse, he wanted a wife. When she refuses to marry him, she finds herself stranded in Savage Wells with some very unhappy townspeople.

But Gideon is not like the other men Miriam has met. Embarrassed by the misunderstanding, he offers her a job, and the two begin an awkward—and often humorous—dance of getting to know each other as they work to care for the people of their town. Romance blossoms between the two, but when a former medical associate of Miriam’s arrives in town, Gideon and the other townsfolk must rally around Miriam to protect her from a dangerous fate. Gideon and Miriam must decide if they are willing to risk their hearts for each other even as buried secrets are brought to light. 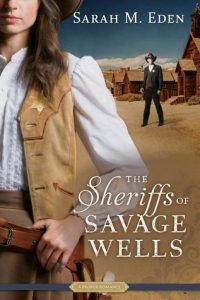 As clean reads go, Sarah M. Eden is one author I know I can’t go wrong with. And Healing Hearts has touches of everything I love about Eden’s books—a small town, history, romance, a sprinkle of intrigue, and a smattering of humor.

Miriam arrives in Savage Wells, Wyoming expecting to start a nursing position but instead finds herself at a wedding. Her wedding. Dr. Gideon MacNamara (aka the groom) is unlike any of the men Miriam has known and as they work together, Miriam learns that this particular man has a very good heart.

Eden gives readers a book that not only takes them through the highs and lows of falling in love but also a commentary on the misconceptions and mistreatment of those whose heath issues were misunderstood at the time.

Travel to 1876 Wyoming with Miriam and meet the loyal townspeople of Savage Wells who will draw you in with their caring hearts and protection of those they consider their own.