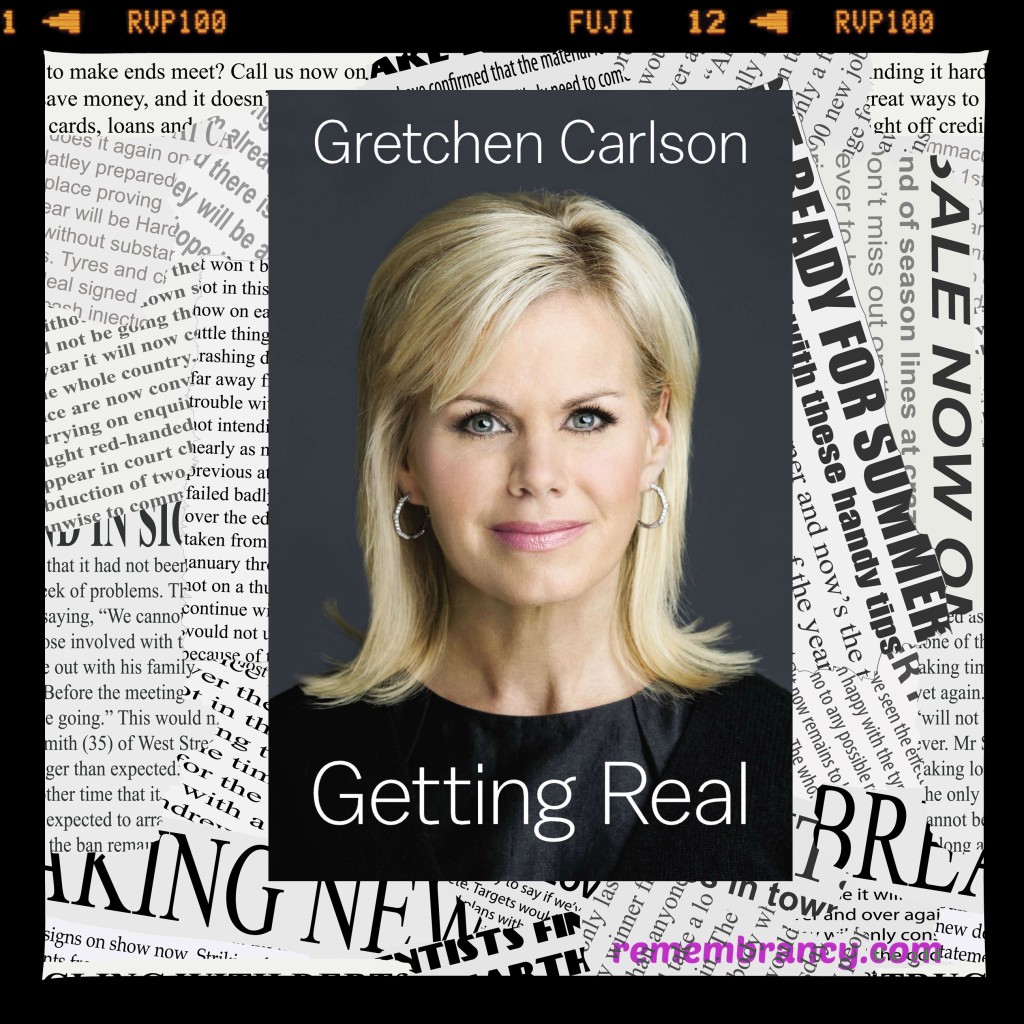 ****Family Christian provided me with a copy of this book exchange for an honest review. All opinions expressed are my own.****

Personally, I’m not someone who watches the news—or news channels, for that matter. Most of my news comes from the short emails from CNN in my email inbox. If it’s a story that interests me, I’ll read it. Otherwise, I’ll ignore it. So when I agreed to review Getting Real, I had no idea who Gretchen Carlson was (sorry Miss America pageant and Fox News).

Carlson details her life from childhood to present day—and it’s fascinating. Most people haven’t lived the life she did (most people, if proficient at anything, or only proficient at one thing). As a child, Carlson played violin well enough to play with professionals including orchestras and at music festivals. Her childhood was filled with practicing and recitals, not with makeup and sleepovers. She decided to give up a promising career as a violinist and pursue other dreams. When she set her sights on becoming Miss America, it became her only focus. She dieted, practiced, shopped, and studied everything about winning the pageant. And in 1989, she succeeded. After a year of speaking engagements and appearances, Carlson returned to Stanford to finish school with her sights set on her next goal—broadcast journalism. She had to fight to get to where she is today (her own show on Fox News) but when Carlson decides to do something, she goes for it without looking back.

It was fascinating to read about Carlson’s life—the struggles, the misconceptions and prejudices toward her because she is a woman, a former Miss America, or a blonde, and the people who came alongside her to encourage and grow her. She has opinions and is not afraid to share them with others. There was a mention in the first chapter about people giving her grief about sharing her faith, but I was almost to the end of the book before she mentioned her faith again (other than her grandfather being a Lutheran minister and his church). In the book, she shared a lot of hard things she had to deal with over the course of her life, but she never talked about her relationship with Christ or how he helped her through those things. More often than not, it was her pushing herself to the outcome she wanted. This fact bothered me a little bit as (at least to me) it’s more important to live your faith than to profess it. Yes, she does have a high profile and is in a great position to stand up for Christianity, but I would have liked to hear at least once in the book (perhaps with the medical scare for her daughter) that she turned to God to make it through that time. The story that touched me the most out of the whole book was the one about her daughter and her heart toward two little girls who lost their lives in the Sandy Hook shooting. This little girl is definitely living like Jesus would.

That said, Carlson seems to be a wonderful role model for women—standing up for women in the work place, balancing both a career and a family, asking the tough questions—and a woman who speaks her mind when it comes to the increasing intolerance in America toward Christianity and Christian beliefs. If you’re a fan of Carlson or maybe just want to get to know her better, this book will definitely show you the real woman.

Family Christian is offering a $25.00 Customer Appreciation Certificate to one lucky reader of this blog. To enter, do one (or all) of the following below.