This debut from Heidi Chiavaroli is so beautifully written, I’m not sure where to start. A couple of quick notes about the story maybe? It is a timeslip novel taking place at the start of the revolutionary war as well as 2015. Written in the first person POV of both heroine’s gives readers a peek into their thoughts, fears, and more.

One of the things I loved about this story is how well the parallels of each of these women contrasted to each other. Liberty Caldwell is brave, choosing to give up on love in order to honor her brother while Annie David feels weak, cowardly but when the possibility of falling in love enters her world, she grasps it with both hands and holds tight. Liberty finds her way alone through most of her story while Annie clings to her new friendship and her reconnection with her niece. Liberty is fighting a battle of both her heart and of true war. Annie is fighting one of her demons (or as she calls them her fairytale nightmares). 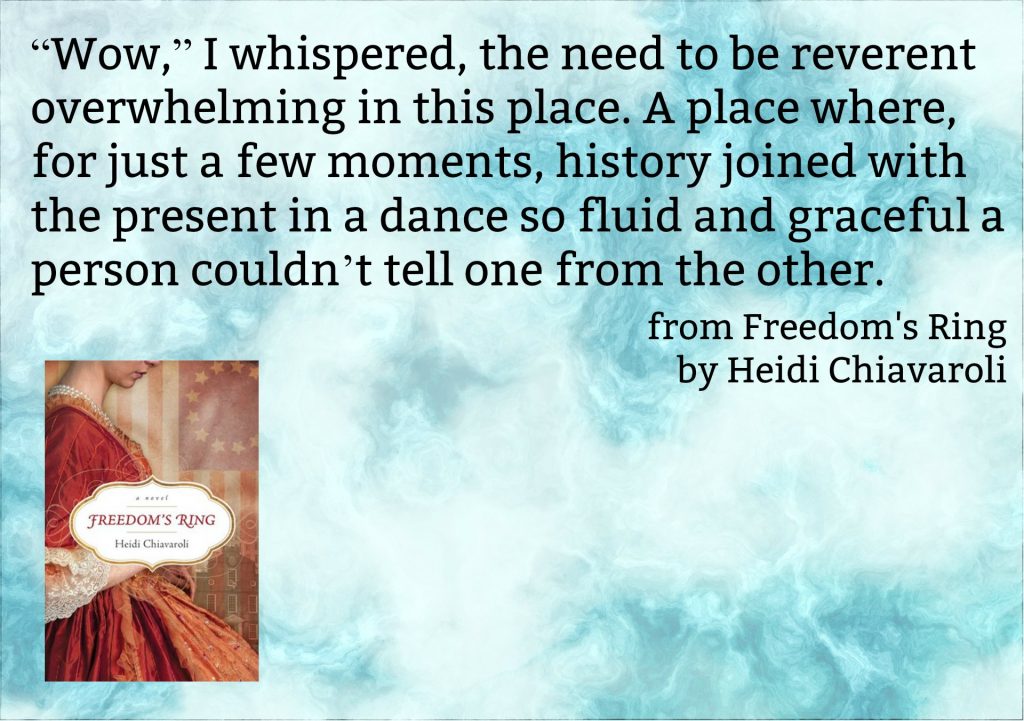 Almost 250 years separate these two women’s lives but a ring and the story behind it connects them in a poignant and heartrending way. Rich history is woven throughout the story (both in the historical and the modern aspects) and readers experience a bit of Boston throughout.

Fans of Kristy Cambron and Rachel Hauck’s The Wedding Dress will enjoy this new author.

Check out this video from Heidi Chiavaroli about the Freedom Trail in Boston.