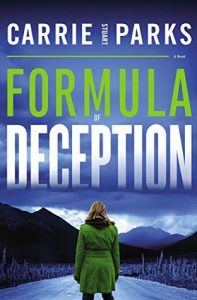 I was not at all expecting the twist toward the end of the book and would have liked a few more clues leading up to it. It felt a little contrived to me at the time of the big reveal.

That said, Carrie Stuart Parks knows how to draw a reader into the story and keep their attention.
There’s a lot happening—Murphy searching for her sister, a serial killer escaped from prison, the WWII plot, and more.

While I didn’t enjoy this as much as I did the Gwen Marcey series, Formula of Deception is an entertaining read for those who enjoy a fast-paced and intense mystery and suspense with lots of twists and turns to keep you guessing. 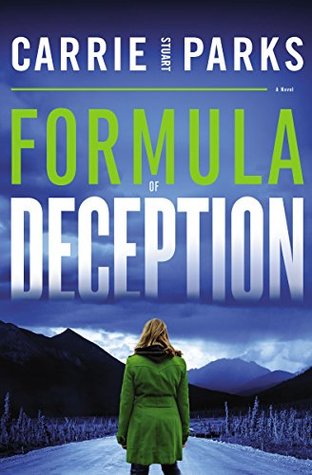 From Christy and Carol award-winning author Carrie Stuart Parks comes the thrilling tale of an artist who uncovers one of World War II’s most dangerous secrets—a secret that desperate men will do anything to keep hidden . . . or steal.

When her twin sister was murdered, Murphy Anderson changed her name and appearance and moved to Kodiak to avoid the press and publicity. But when local authorities discover she’s an artist and request her help in drawing a dying man’s memories, she unintentionally ends up in the limelight again—and may be back in the killer’s crosshairs.

The memory that Murphy was asked to draw was from an Alaskan hunter who discovered five bodies on remote Ruuwaq Island ten years ago, but has only shared the information with the police now that he’s dying of cancer. When they go to the island to investigate, no skeletons remain but there is evidence that the bodies may have been deliberately destroyed. But the big discovery is of a World War II Quonset hut.

As one by one the people who were at the hut die, Murphy knows there is something much deeper at stake. What happened there during WWII? And who is willing to kill to keep those secrets buried? 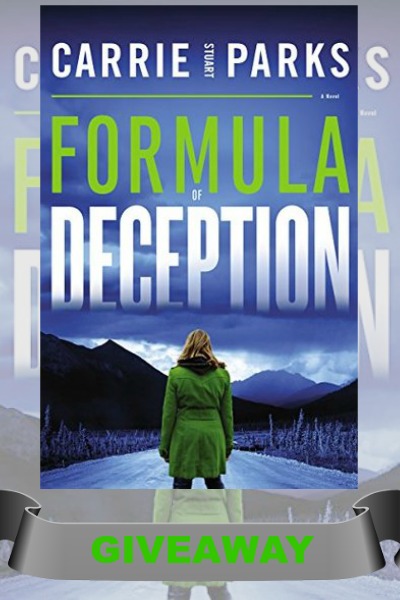