Jennifer Delamere’s Love Along the Wires series wraps up this month with Holding the Line. 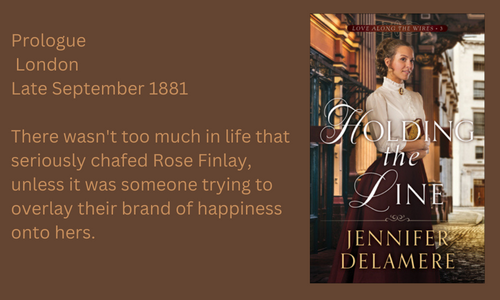 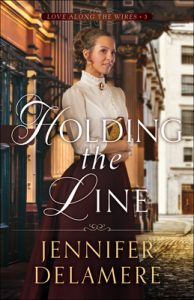 A widow at just 30 years of age, Rose Finlay is determined to put all ideas of marriage and family behind her and pursue an independent life. But when she notices a young woman about to be led astray by a roguish aristocrat, bitter memories from her past arise, and she feels compelled to intervene. The unintended consequences of her efforts will ultimately force Rose to reexamine her life in a new light.

As the overseer of his two widowed sisters’ financial and domestic affairs, John Milburn carries heavy responsibilities for a single man. But he’s faced with his biggest challenge when his headstrong niece falls prey to the attentions of a powerful man who could ruin both her and her family.

When Rose and John join forces to protect his niece, they put everything they hold dear–including their growing attraction–in jeopardy.