Anaiah Press Publishing released three contemporary romances this week, including Her One in a Million (book three in the Home to Harmony series) by Rachelle Paige Campbell. 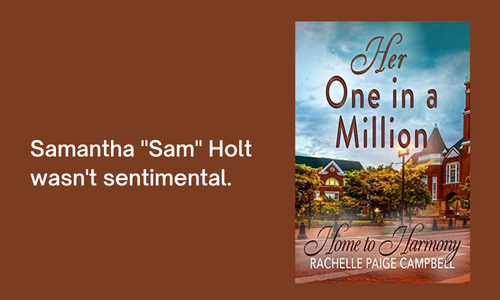 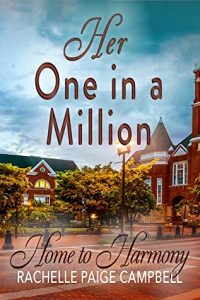 While renovating the MacKinnon mansion, Samantha Holt discovers three prized ceramics in a wall. The one in a million find could provide much needed funds for the restoration—and her family’s struggling auction business. She calls a Chicago expert for a second opinion.

Zachary Reynolds arrives with his five-year-old daughter in tow, intending to leave with the vases immediately. Partly because the pottery won’t reach its six-figure potential in a small-town sale, but mostly because the ceramics will secure his job in an impending merger with a larger firm—and he needs that guaranteed stability for his daughter.

Sam and Zach both need the pottery for very personal reasons, but only one can emerge victorious. As they research the history of the pieces and the mansion, however, the best choice isn’t clear-cut. Add in romantic feelings neither of them expected and things become even more complicated. With the odds stacked against them, can they both achieve the financial and personal success they crave?