I admit, it’s been a while (The Left Behind Series) since I’ve read anything from Jerry B. Jenkins, but I couldn’t resist picking up Dead Sea Conspiracy. 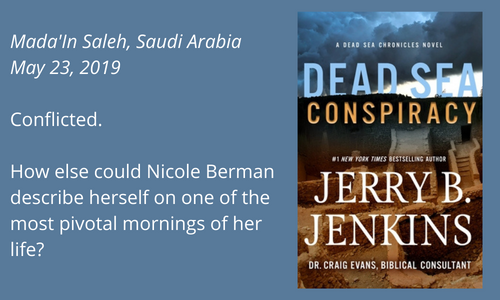 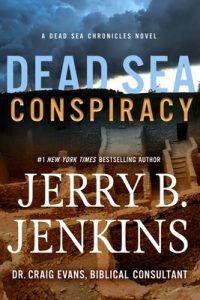 In this thrilling adventure, archaeologist Nicole Berman is about to discover the key to unifying three major religions—if a dangerous enemy doesn’t stop her first.

Archaeologist Nicole Berman is the first woman to be awarded a permit to lead a dig in Saudi Arabia. Nicole believes what she hopes to discover has the power to to rewrite world history. She assembles a team that will ultimately surprise – and in some cases – betray her.

In a parallel storyline, readers are launched back to ancient Ur where young Abram is sent to learn from his forebears, who tell him firsthand stories of being on the ark during the Great Flood.