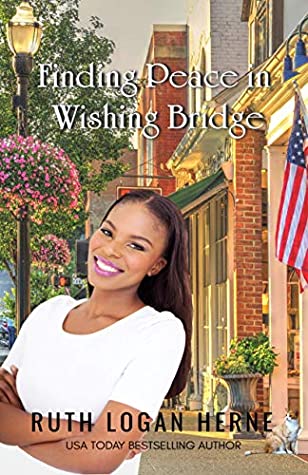 Being a supermodel isn’t just hard.

It can be a killer, so when international sensation Jazz Monroe answered a friend’s call for help, she’d just taken a hiatus from the job that made her a very rich woman and almost took her life. Outwardly Jazz was everything anyone would want to be. Beautiful, confident, rich and famous, and often seen on the arm of some of the world’s most eligible bachelors, Jazz knows the truth she hides. Her self-confidence is an act and the eating disorder that plagues her refuses to let her rest.

But then she and her old friend Thea are called to help a friend and fulfill a pledge they’d made a dozen years before as high school seniors. If any one of the three ever needed help, the others would come running. Last December, Kelsey made that call and her two old friends, the other members of the “Soul Sisterhood”, responded. They’re here now. Thea is practicing medicine, Kelsey has married the hero deputy that saved her life and Jazz is finding the hints of peace that have eluded her for nearly two decades. She settles into the little town, helping out at a local diner, waiting for the sky to fall.

It doesn’t. Instead, the sun begins to shine, winter fades to spring, and surrounded by new and old friends, Jazz begins to believe in herself. She loves the small town, the kindness of the locals, the warmth of the family diner and the special attention from two very different and distinct men makes her think new thoughts. Thoughts of family and picket fences and settling down.

But an unexpected attack on a wood-edged path reignites her fears and insecurities. Now she’s looking in shadows again, doubting herself and others. In Manhattan, locked elevators and a staffed entrance desk kept her safe from intruders.

Wishing Bridge has nothing like that. Here, she lives life at ground level, with no bodyguards watching out for her. But when a local contingent makes it their job to keep her safe, Jazz learns not to sell the small town short. Folks here mean what they say because that’s the kind of town Wishing Bridge is.

As Jazz rediscovers the most important things in life, she realizes that happiness isn’t about where you are: it’s about who you’re with. And who you love.

Join Jazz, Kelsey, Thea and the rest of the Wishing Bridge cast as they band together to help the town and one another because together– in Wishing Bridge– they can make anything happen. 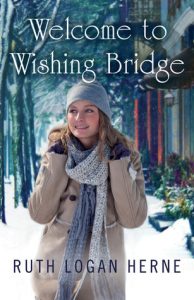 It has been a while since I’ve visited the fictional town of Wishing Bridge and I was thrilled to return, catch up with some old friends and meet some new ones in the third book in Ruth Logan Herne’s series.

As many of the residents gather around Jazz in her time of need, Herne spins that small-town magic that makes you want to be a part of them. And while I couldn’t really relate to Jazz (a high fashion super model with plenty of money and a past filled with magazine shoots and travel), she is likable.

There’s a hint of suspense with Jazz’s stalker and the few intermissions from his perspective keep the danger at the edge of the readers’ minds. But what really stole the show in Finding Peace in Wishing Bridge for me was the kids. Herne writes children so well, and their excitement and imagination over the fairy houses that pop up in the second half of the book are delightful and filled my heart with joy.

I was also very happy to see this story isn’t a permanent goodbye to this town and these characters. It’s simply an “until next time.”