In Until We Find Home, Cathy Gohlke’s newest release, I had an issue liking the main character. Claire Stewart is so wrapped up in herself, in living her life the way she’s dreamed it to go, she doesn’t connect with those around her who are starving for her love and attention.

From her Aunt Miranda to the French Jewish children she helped rescue and the German Jewish children who join their circle, Claire is surrounded by people who can give her a more abundant and full life than she could ever dream of. A patchwork family filled with love, hope, and care even during the worst of times. If she would only open her eyes, her heart, and her arms. 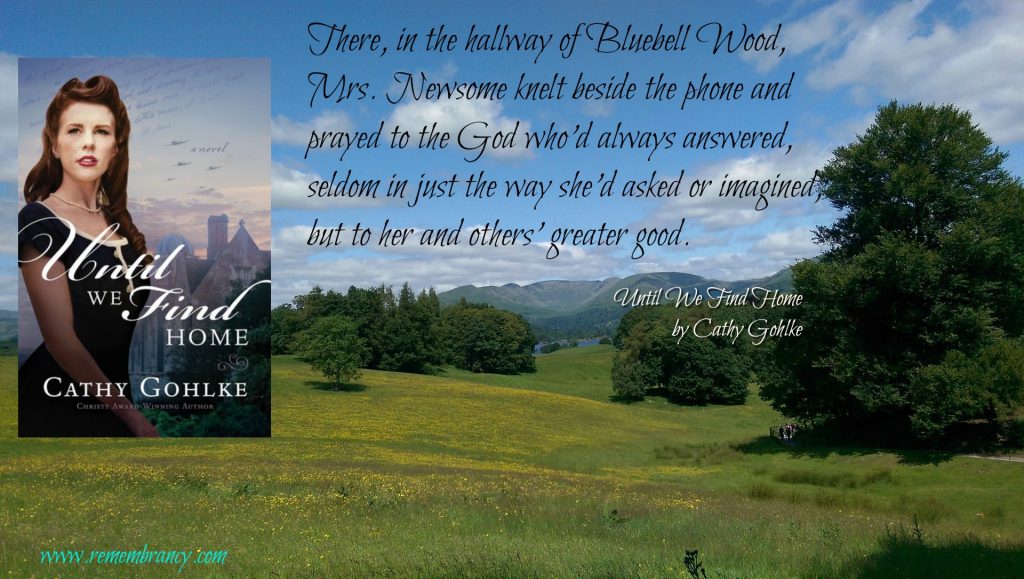 Another American turns the tide of this story. David Campbell’s graciousness, his understanding of what the little ones need mores, and his generosity are a picture of God’s love for His children.

While the different points of view were a bit much at times, including those of the refugee children made this book a richer, fuller expression of life in England’s Lake District during World War II.

Reads like this one are what cause me to continue to that final page when I’m not as into it as I want to be. If I’d given up on Claire’s story, I would have missed her change of heart as well as the hope and beauty of the end. 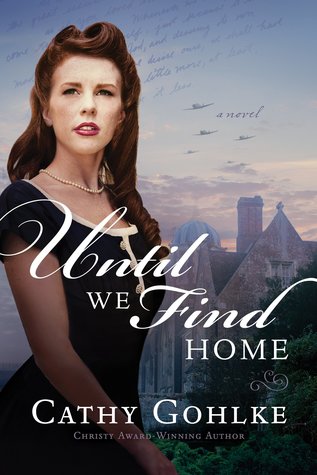 For American Claire Stewart, joining the French Resistance sounded as romantic as the storylines she hopes will one day grace the novels she wants to write. But when she finds herself stranded on English shores, with five French Jewish children she smuggled across the channel before Nazis stormed Paris, reality feels more akin to fear.

With nowhere to go, Claire throws herself on the mercy of an estranged aunt, begging Lady Miranda Langford to take the children into her magnificent estate. Heavily weighted with grief of her own, Miranda reluctantly agrees . . . if Claire will stay to help. Though desperate to return to France and the man she loves, Claire has few options. But her tumultuous upbringing–spent in the refuge of novels with fictional friends–has ill-prepared her for the daily dramas of raising children, or for the way David Campbell, a fellow American boarder, challenges her notions of love. Nor could she foresee how the tentacles of war will invade their quiet haven, threatening all who have come to call Bluebell Wood home and risking the only family she’s ever known.

Set in England’s lush and storied Lake District in the early days of World War II, and featuring cameos from beloved literary icons Beatrix Potter and C. S. Lewis, Until We Find Home is an unforgettable portrait of life on the British home front, challenging us to remember that bravery and family come in many forms.