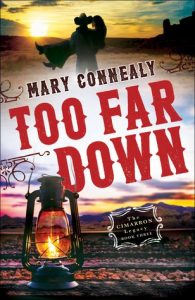 The third and final book of Mary Connealy’s Cimarron Legacy series starts out with a literal bang. From the get-go, this book is full of mystery and action.

If you’ve been following along with the Boden siblings, you know that Cole is the oldest and a little bit of a chip on his shoulder. Cole’s not sure where his place is—whether he belongs in New Mexico with his half-siblings on the ranch or in the big city where he enjoyed ten years of his adult life.

Cole’s struggle to find his place is just another stone in the pile that is his complicated life. He’s been forced to live at the Cimarron Ranch with his siblings even though he has a home of his own in Skull Gulch and runs the mines on the Cimarron property well. But when his mines are targeted—after the family believed they’d put their troubles with their enemies behind them—he’s determined to get to the bottom of it once and for all.

I think this book was my favorite of this series. Partly because I’ve gotten to know each of these characters over the past couple years but also because of Melanie Blake, the daughter of the man who owns the ranch next to the Cimarron. Mel is pure tomboy—rides a horse with the best of them, shoots better than many of them, and has a spine that is made of steel. She’s willing to jump into the middle of trouble and lend a hand. 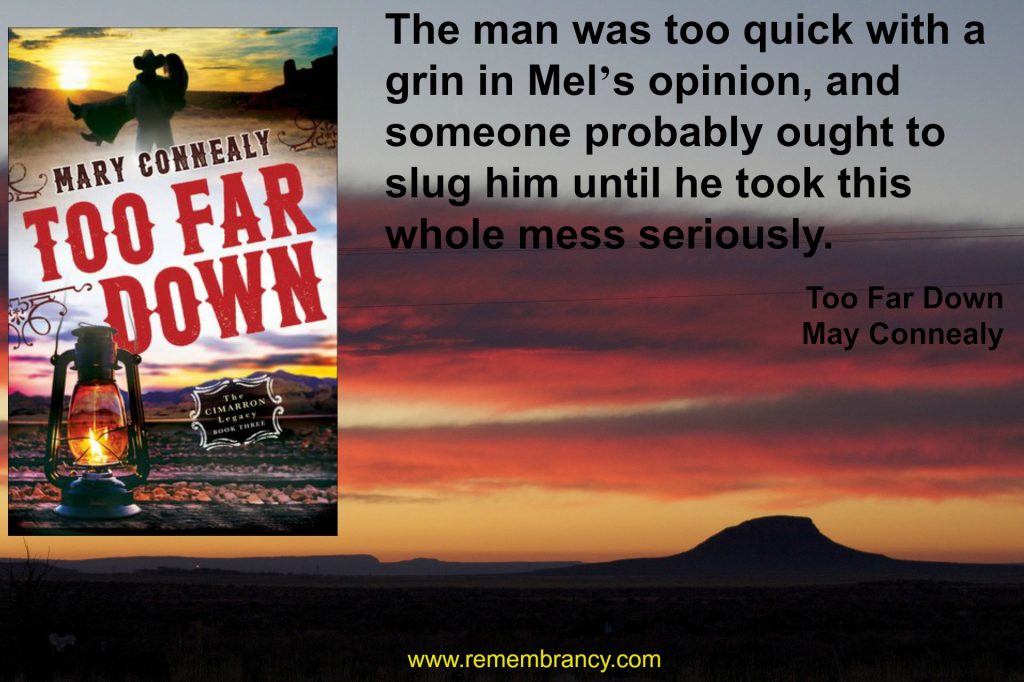 And she and Cole have a dynamic that is pure perfection. Mel has known Cole since she was born and has enjoyed arguing with him as often as possible, especially whenever he tries to put her in her place. Plus there’s just the hint that the other Boden family members see something between the two that their eyes haven’t been opened to yet.

A story of finding what matters most in life peppered with adventure, mystery, dynamite, and a little gold, Too Far Down beautifully wraps up the Cimarron Legacy series with charm, humor, and the reminder that family is what matters most.