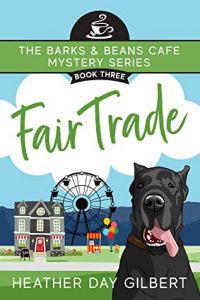 With the one-year anniversary of the now-successful Barks & Beans Cafe approaching, siblings Macy and Bo Hatfield set up an iced coffee booth at the state fair. Taking a break from brewing, Macy bumps into Carolina, a long-lost childhood friend who’s now sitting pretty as a country superstar. Macy tries not to fangirl too hard when her old friend extends an invitation to meet the rest of the Carolina Crush band before their opening show.

But when Carolina falls victim to not one, but two near-death experiences, Macy takes it upon herself to find out who has it in for her old friend. Fortified with plenty of roasted corn, cinnamon rolls, and her brother’s signature iced maple latte, Macy takes to the Ferris wheel to get the lay of the land from the air. She discovers too late that this year’s fair isn’t all fun and games…but she’s already locked in for the ride. 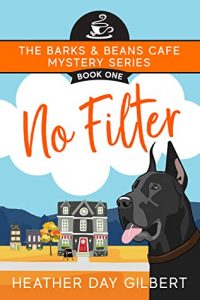 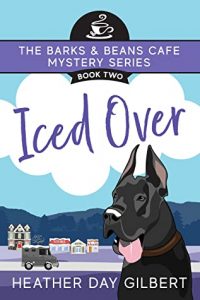 With my packed schedule as a book blogger and reviewer, it’s not often that I get to read one for the pure enjoyment of reading. However, since reading book one in Heather Day Gilbert’s Barks & Beans series, I’ve made a point to get to the other books in the series somewhat near their release date.

Fair Trade is mostly set at the fair, complete with rides, fair food, and plenty of drama for Macy. This one kept me guessing until the end and the culprit came as a surprise to me, which made the book even that much better, in my opinion.

I look forward to spending more time with Macy, Coal, and the group at the café this spring when the next installment arrives. But please, can we get more of Titan McCoy in that book? Pretty please? 😊