Can two people let go of their biggest secrets and risk a future together? 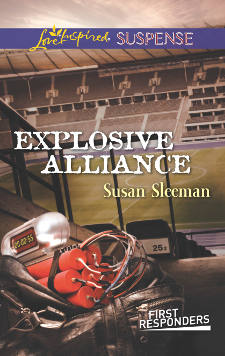 After four years away, Krista Curry has returned to Portland to live with her grandfather. While at a soccer game, Krista witnesses someone leave a backpack and opens it to a bomb. She immediately turns to the first law enforcement official she’d seen at the stadium—Cash Dixon. Now that Krista can identify the bomber, Cash has taken it upon himself to protect her and her grandfather. But what is she not telling him? The newest member of the First Response Team, Cash is still trying to find his place in the tight-knit group and despite objections from some of the team members, he is intent on keeping Krista safe. 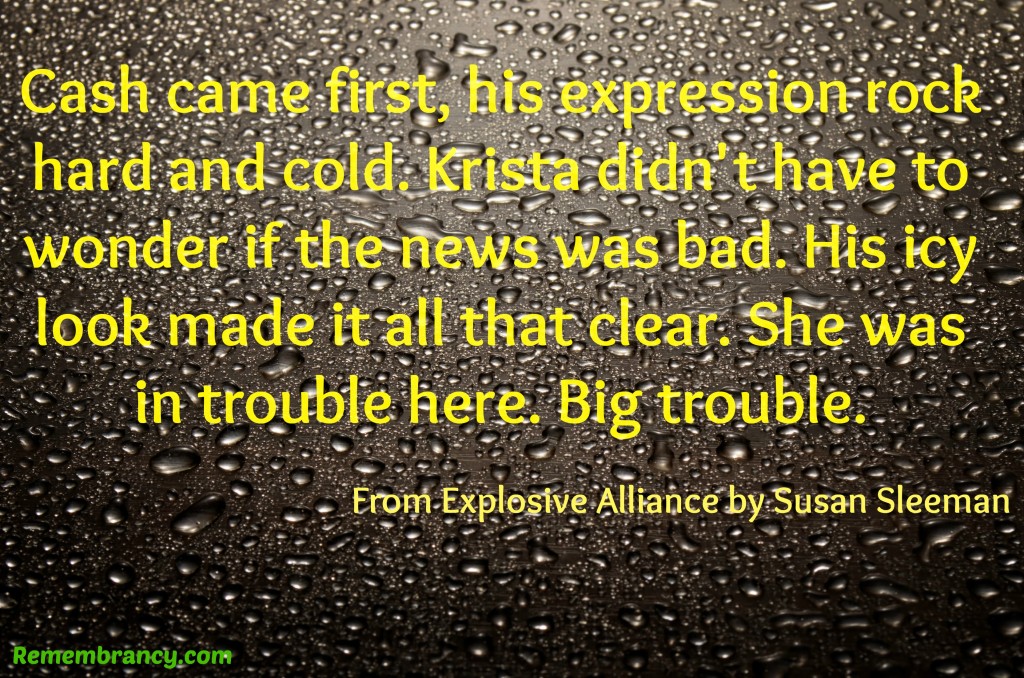 Packed with action and plenty of mystery, Explosive Alliance was tough to put down. I had to force myself to close the book and turn off the light so I was well-rested for work the day after I started this book. What is it that immediately draws one person to another? The chemistry between Krista and Cash is almost immediate despite both of their claims they aren’t interested in a romantic relationship (this is before they start spending time together). While there is a lot is going on—the bomber, Krista’s secret, Cash’s secret, the FRS team investigating the bombing—the heart of the story lies with the two main characters making peace with their pasts. Krista gets upset when she believes Cash is keeping something from her even though she’s keeping her own secret from him. But that’s human nature, right?

Don’t miss book two of the First Responders series is available May 1 in digital form and May 5 in paperback. Preorder today. And if you haven’t already read it, get to know the team in Silent Night Standoff (book 1 of the series).

Keep up with the First Responders series as well as Susan Sleeman’s other books here.

***The author provided me with a copy of this book in exchange for an honest and fair review. All opinions expressed are my own.