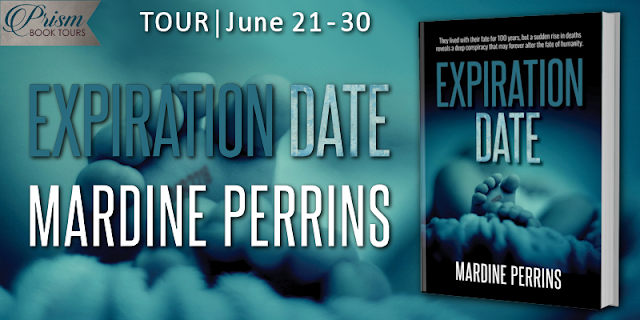 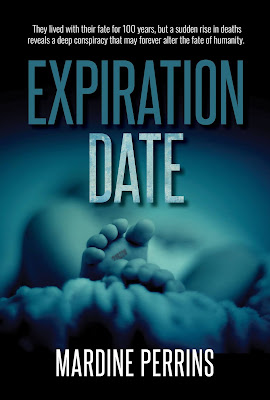 Expiration Date
By Mardine Perrins
Medical Thriller, Dystopian
Paperback & ebook, 304 Pages
March 4, 2021 by Kat Biggie Press
A conspiracy theory no one would have guessed.
It’s 2168 and expiration dates have been a part of the human genome for the last hundred years. Society has grown accustomed to these birthmark dates, revealing the day you will expire. But suddenly, an exponential number of infants are being born across the globe with very short expiration dates, giving them only hours, days to live.
Elisa Quinn’s cousin’s baby is amongst these born with shockingly short expiration dates. Devastated over the rapid demise of the baby, Elisa begins to search for answers. Not satisfied by the response the global government is providing for the growing number of short expiration dates, she sets out to discover what could be behind this alarming trend. Aided by two scientists, Ashlei Quinn and Claude Monark, Elisa investigates the long-standing gestational supplement of nutriment injections as a potential source in the shortened dates.
While researching, the trio uncover an extremist group, Restituere. They learn of the group’s plot to control the growth of the population, potentially exterminating a large portion in the process.
Armed with their new revelations, Elisa and Claude travel to Boston seeking help from the one person they thought they could count on, only to find themselves fighting for their lives. Unable to trust anyone, they venture out on their own to interrupt Restituere’s plot. They soon find themselves in the middle of a deep global conspiracy, and in the crosshairs of those who would stop at nothing to see this plot through.
Unless they can prevent this deadly group’s plans, their loved ones will be lost and the human race altered forever.
If you love Dan Brown’s, Deception Point; Michael Crichton’s, The Andromeda Strain; and A.G. Riddle’s, The Atlantis Gene, you will love Expiration Date.
(Affiliate link included.)
Goodreads | Amazon
Excerpt

The closet was more like a small room, and with no windows it was dark and musty. Claude felt for the switch on the wall and turned on the light. The room was filled with boxes, all labeled RESTORE. No piles of old study files or discarded lab materials and equipment as Claude had expected to find. He moved in further, sliced a box open with the key that let him in the room, and opened the flap to find carefully packaged nutriment vials. He looked around the box, at the others. They must all be nutriment vials. Why were they kept locked up in this musty room and not with the others? Maybe they were old or contaminated, meant to be discarded or something, he guessed. He heard the lab door jostle and leapt over to turn out the light and shut the door, and stood backed against the wall.

He heard footsteps. They stopped, continued and stopped again. Somehow over his heart racing, Claude could hear Mike’s muffled sounds. “Boy left his VCC on. Of course.”

He continued on with some other discernable sounds. After twenty minutes, just when Claude couldn’t take the hot, stale air in the room anymore, he heard footsteps and the door to the lab closed. He took a vial from the open box and re-sealed the package as best he could, locked the door and re-taped the key under the desk.

He slid in the chair in front of his VCC, taking another quick look at the door, his heart rate finally began to slow. Flipping the vial around in his hand, he continued to wonder why nutriment vials were kept in that locked room. After feeling a bump on the bottom several times, he flipped it over to discover an embossed R on the bottom. He pulled his head back and squinted before moving to the lab counter, taking out a glass slide, pulling the contents from the vial with a dropper and sliding it under the microscope. He jerked his head back abruptly. “What the… ” 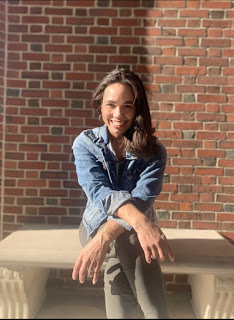 Mardine Perrins is a writer and a Registered Cardiovascular Invasive Specialist in a Cardiac Catherization lab in upstate New York. Forever fascinated by the unknown and questioning the unexplored, you’ll find her curiosities displayed throughout her work. Her imagination is driven by anomalies in nature; bizarre creatures that live beneath the sea; underground caverns teaming with undiscovered prehistoric life. She’s captivated with the complexity of the human DNA, mind and body and is drawn to natures ability to overcome, adapt and persist. She investigates why these things exist and how she can bring them to their potential through her stories. She currently lives in East Greenbush, NY with her husband, children and two cats.
Website | Goodreads | Facebook | Twitter | Instagram
Tour Schedule 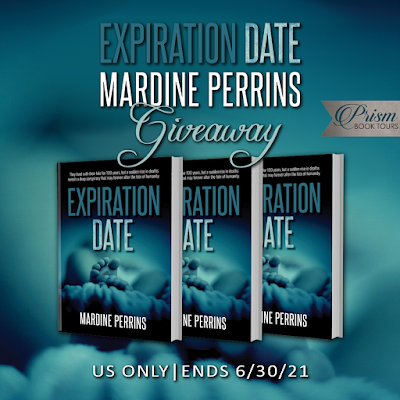 Three winners will each receive a print copy of Expiration Date by Mardine Perrins (US only)
Ends June 30, 2021
ENTER HERE