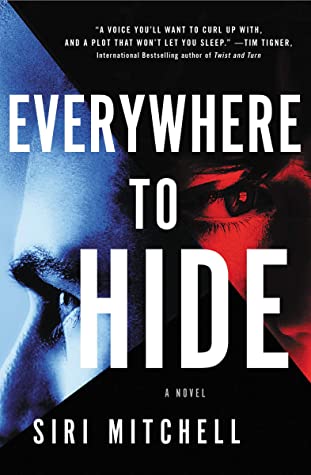 How does a woman protect herself from an enemy she can’t see?

Law school graduate Whitney Garrison is a survivor. She admirably deals with her mother’s death, mounting student debt, dwindling job opportunities, an abusive boyfriend, and a rare neurological condition that prevents her from recognizing human faces.

But witnessing a murder might be the crisis she can’t overcome.

The killer has every advantage. Though Whitney saw him, she has no idea what he looks like. He knows where she lives and works. He anticipates her every move. Worst of all, he’s hiding in plain sight and believes she has information he needs. Information worth killing for. Again.

As the hunter drives his prey into a net of terror and international intrigue, Whitney’s only ally, Detective Leo Baroni, is taken off the case. Stripped of all semblance of safety, Whitney must suspect everyone and trust no one—and fight to come out alive.

“A heart-stopping ride . . . Mitchell’s deft hand with characterization and the twist y plot made this a compelling read i couldn’t put down.” —Colleen Coble, USA TODAY bestselling author of One Little Lie and the Lavender Tide series

In Everywhere to Hide Siri Mitchell gives readers a thriller packed with originality. From Whitney’s face blindness to the government agency involved, this book is engaging and a page turner.

The first-person point of view through Whitney’s eyes made her challenges as frustrating to this reader as it did her and the police investigating the murder. It worked extremely well in this book.

As the web of intrigue weaves more intricately, Whitney’s personal life derails too. But the kind and understanding detective is there for her.

There is a subtle romance in this, which doesn’t develop until the last quarter of the book (and which my romance-loving heart enjoyed), but it is a small thread to this story.

If you’re looking for an intense political thriller with plenty of suspense and a hook that doesn’t lose its draw, Everywhere to Hide is a must-read.