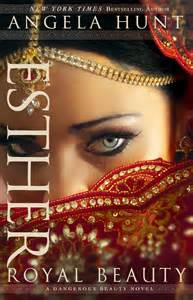 The story of Esther has long been one of my favorites. It’s a fairly short book in the Old Testament (just ten chapters) but is filled with the wisdom and courage of one Jewish girl who risks her life to save her people. But what about the rest of the story? What about the historical accounts that are not found in the Bible? From the opening paragraph of Angela Hunt’s fictionalized account of Esther, I was engrossed.

“You may think you know me, but how could you? Others have related my story, and most of them paint a pretty picture. But unless a woman is allowed to speak for herself, no one will ever fully understand the events of a lifetime … and the secret recesses of a woman’s heart.” –Hadassah in Esther: Royal Beauty

The first book in Hunt’s A Dangerous Beauty series centers on a woman whose story is centered around her beauty. A woman who becomes queen because of that beauty. Through the book, readers follow Hadassah as a young, idealistic girl who dreams of becoming a queen someday until she discovers the sorrows of life. A girl who is selfish and cares about sneaking off with her friends or getting a peak at a boy until life intervenes and her heart begins to break at the loss she must suffer in her life. Even when Hadassah is taken to the king’s palace, she has not grown fully into the woman and the queen that God created her to be. She’s infatuated with life in the palace and with her new husband. She forgets about the cousin who raised her and taught her about her history. And for five years she lives her life wanting nothing, thinking of no one but herself. And then her people, and specifically her cousin, are put in danger and Esther must rise to try and save them, even if it means giving her own life for the cause. Through Esther’s eyes and the eyes of the king’s chamberlain, the eunach Harbonah, the story of Esther is brought to life. 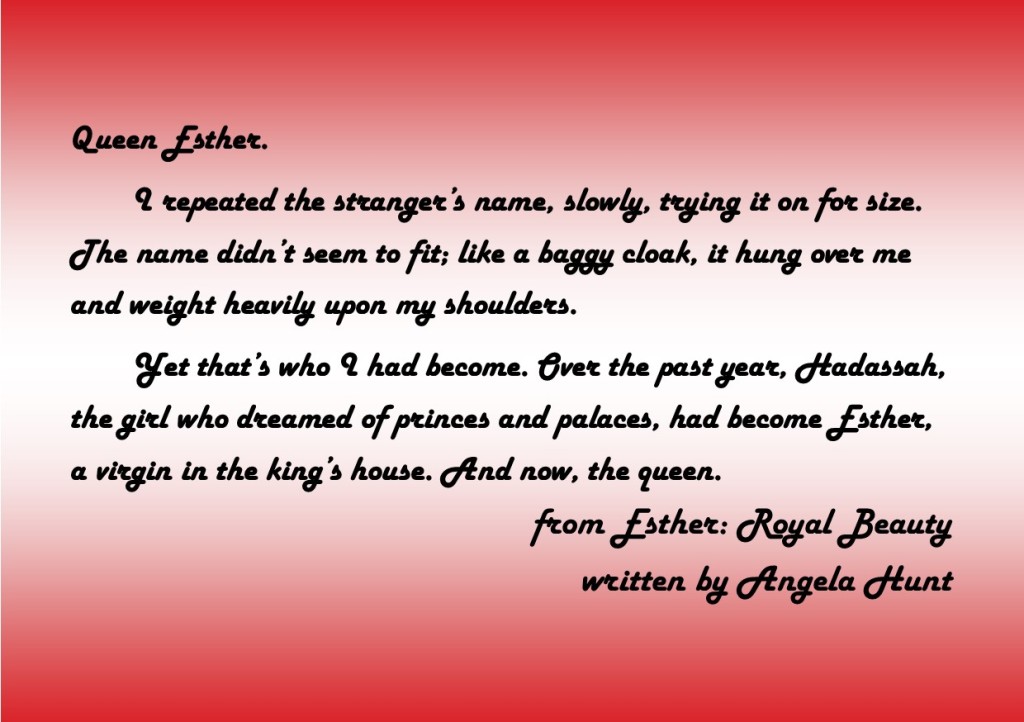 When I was about a third of the way through this book, I was ready to pick up my Bible and re-read the book of Esther. I waited until I had finished the story to do that. The details are all there, down to the decorations at the banquet. Hunt mentions in her author’s note at the end of the book that nearly every event that occurs in her book comes from historical record. While the thoughts and actions of her main characters are fictionalized, they bring a newness to this story. I will never read the book of Esther in the Bible the same again after having read his book. I’m looking forward to the stories Hunt shares of Bathsheba and Delilah.

Pick up your copy at your local bookstore or order online today.

****Bethany House provided me with a free copy of this book in exchange for an honest and fair review. All opinions expressed in this review are my own.