Have you ever had a book on your TBR list that for one reason or another kept getting pushed back and then when you finally get to it, you wonder why in the world you waited so long? That was Engraved on the Heart by Tara Johnson for me! 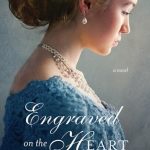 In her debut novel, Tara Johnson takes readers into the Civil War with originality and insight. Set in the deep south—Savannah, Georgia—Engraved on the Heart not only shines a light on the danger surrounding those involved in the underground railroad but also illuminates the hearts of those people risking their lives to give others freedom.

Keziah Montgomery’s family is ensconced in Savannah society. With a well-known father, house-slaves, and a brother joining the Confederate army, her loyalties should align. But when her childhood friend Grayson takes her to an abolitionist meeting, her heart is nudged toward compassion for the slaves who live under the thumbs (and tempers) of their owners.

Despite Keziah’s epilepsy, she places her trust in God to keep her safe and healthy when her compassion leads to action. Her heart shines throughout the book—from quiet moments with her family’s slaves to her reliance on God and her conversations with Micah. Is it any wonder that man has loved her since childhood?

Johnson weaves a story of secrets, danger, unrest, and duplicity. There are some hard truths in this book, scenes that are heart-wrenching and sometimes hard to read. Yet Johnson’s inclusion of them proves her commitment to exposing the harsh realities of prejudice and war.

A beautiful debut that points to promising future readers, Engraved on the Heart is one to add to the must-read list. 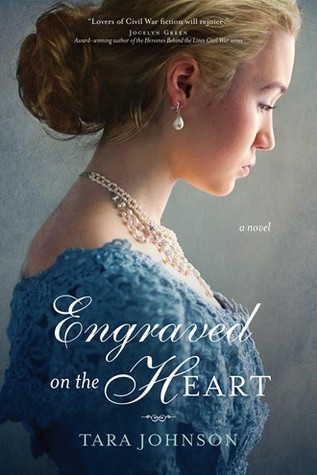 Reluctant debutante Keziah Montgomery lives beneath the weighty expectations of her staunch Confederate family, forced to keep her epilepsy secret for fear of a scandal. As the tensions of the Civil War arrive on their doorstep in Savannah, Keziah sees little cause for balls and courting. Despite her discomfort, she cannot imagine an escape from her familial confines―until her old schoolmate Micah shows her a life-changing truth that sets her feet on a new path . . . as a conductor in the Underground Railroad.

Dr. Micah Greyson never hesitates to answer the call of duty, no matter how dangerous, until the enchanting Keziah walks back into his life and turns his well-ordered plans upside down. Torn between the life he has always known in Savannah and the fight for abolition, Micah struggles to discern God’s plan amid such turbulent times.

Battling an angry fiancé, a war-tattered brother, bounty hunters, and their own personal demons, Keziah and Micah must decide if true love is worth the price . . . and if they are strong enough to survive the unyielding pain of war.