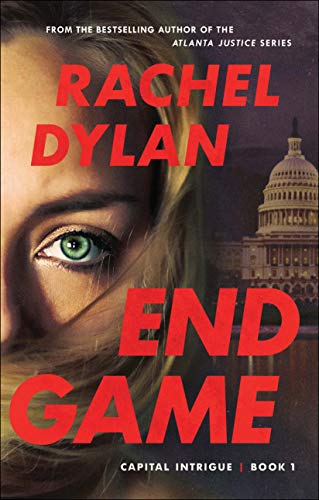 When elite members of the military are murdered on the streets of Washington, DC, FBI Special Agent Bailey Ryan and NCIS Special Agent Marco Agostini must work together to bring the perpetrator to justice. Unfortunately, all evidence points to a Navy SEAL sniper whom Bailey refuses to believe is guilty.

When Bailey and Marco start to connect the dots between the victims, including a link to a powerful defense contractor, they wonder if there’s a deeper cover-up at play. Then Bailey is targeted, and it becomes clear that someone is willing to kill to keep their dark secrets.

With the stakes getting higher by the moment in a twisted conspiracy, there’s a rush against the clock to determine whom they can really trust. As allies turn to enemies, the biggest secret yet to be uncovered could be the end of all of them.

A new year brings a new series from Rachel Dylan, and phew, is there a lot happening in this one!

End Game is an intense read that moves quickly with multiple investigators, suspects, and government and military agencies. But don’t let that deter you because the plot of this book pulled me in from the get-go and kept me guessing until the final pages.

Dylan also left me with an itch to find out more about Bailey’s friends who play significant roles in End Game.