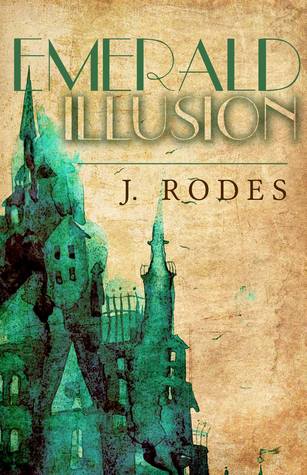 Abrielle used to dream of a different life. Adventure. Romance. Hope.
Not of Kansas.

Now, after the loss of her mother and a move she didn’t want to make, she’s lost the will to dream anymore, let alone believe in her father’s Somedays.

But a swirling wind, a wall of leaves, and a blinding darkness literally transform her world.

She and both of her brothers, Brogan and Matteaus, are swept from Kansas to someplace beyond—to a desert in which everything is watery-brown, including the sky and the light of the weak sun. Abrielle finds herself in the middle of a realm everyone had heard of but no one believed existed. Except this version is rundown and broken, void of color and hope. Not much different from her view of life in Kansas.

When she gathers her bearings, she discovers her youngest brother is missing, lost in a land that is foreign and dying. Finding Matteaus becomes her sole focus, but when she and Brogan meet a boy named Levi, who only adds more mystery to this world that shouldn’t exist, she finds out this kingdom is much more perilous than the children’s book ever told.
Matteaus is in great danger.

There is nothing safe about Oz.

First of all, let me say, it didn’t take me long (within the first two chapters) to recognize the meaning and genius of this book cover. Seriously, it makes so much sense! But what’s underneath that cover is a beautifully crafted allegory that won’t soon be forgotten. 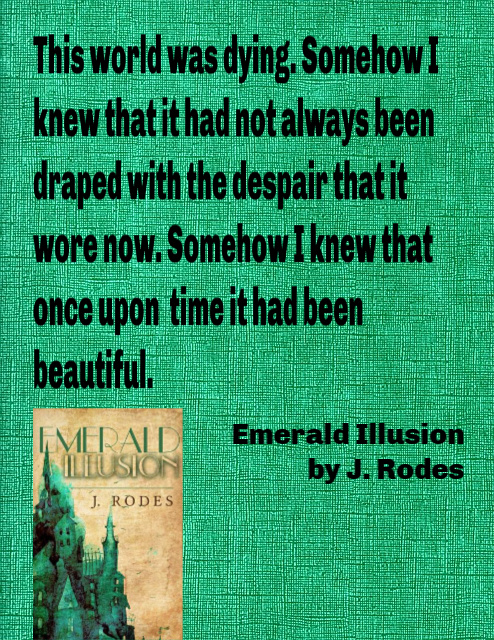 Set in Oz (but not the one you know), Emerald Illusion examines heart-conditions, the truth of I Corinthians 13:12 (“For now we see through a glass, darkly, but then face to face: now I know in part but then shall I know even as also I am known.” KJV), and those who are still lost in the darkness that hides the truth. 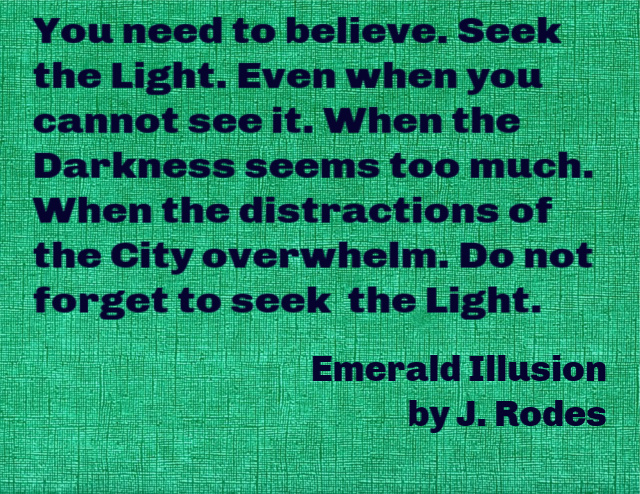 I know I’m saying very little about the actual story but it’s one you need to experience in your mind and in your heart for yourself. Suffice it to say, don’t let the YA or fantasy label deter you from reading this story. It’s for everyone who longs for home, who longs for something more, whose heart longs to sit at the feet of Jesus in the fullness of beauty. And, that my friends, is the heart and soul of Emerald Illusion.