A couple years ago, I came across a little gem of a book called Hazardous Duty written by a new-to-me author named Christy Barritt. After reading that first book, I devoured the rest of the Squeaky Clean mysteries that were available at that time and have watched for the new books in the series to be released (there are nine right now with more on the way). When I received Barritt’s December newsletter and saw a new book with new characters in a new setting, I wrote the release date, January 13, down in my calendar. The title alone was intriguing. When I found it was available to review, I jumped at the opportunity. 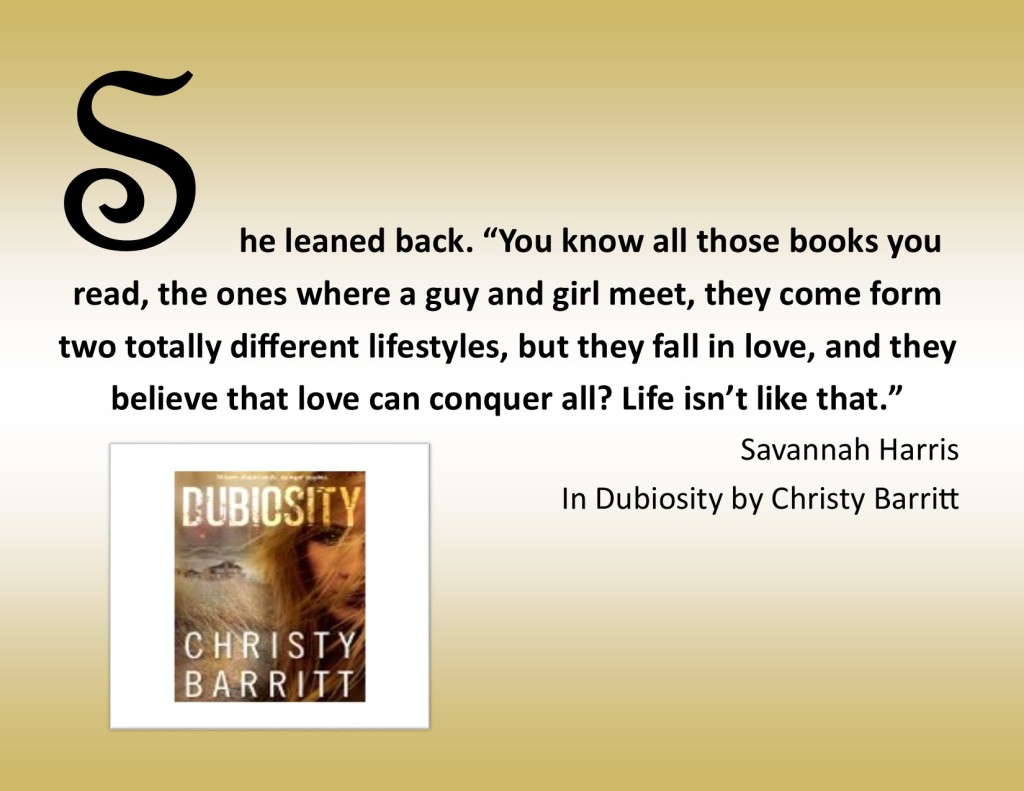 Savannah Harris is slogging through her new life. A life a guilt and melancholy. She blames herself for pushing to hard and is forcing herself to pay for her mistakes. When she’s called to the bedside of a dying migrant worker, and he tells her he was murdered, Savannah is skeptical. Then her best friend mentions a couple of other migrant workers who have gone missing. As Savannah questions what is going on, worrisome incidents begin to happen. And then there’s the matter of her new border. Clive Miller makes her feel things she doesn’t want to feel and even he has a secret.

This book is a little darker than the Squeaky Clean mysteries but no less engaging. While Savannah is melancholy and hiding out in her home, glimpses of her true personality sneak through from the beginning. As she investigates, more and more of her former self, a likable woman, come through. I love a good mystery and Dubiosity offered that by keeping me guessing until the end. I flip flopped on who I thought was behind everything (yes, it involves more than murder and disappearances) throughout the book and was still guessing when the villain was revealed. The book has a definite theme of redemption running through it with both Savannah and Clive coming to terms with their pasts.

Put this one on your list folks, available from Amazon January 15.

****Waterfall Press, via Netgalley, provided me with a free copy of this eBook in exchange for an honest and fair review.