Photographer Jennie Buchanan unknowingly captures a drug-cartel meeting on film. And now she has become a killer’s next target. Even worse, her only protection from the danger that threatens her life is the man who threatens her heart. Dodging bullets almost seems safer than facing the feelings stirred up by seeing former FBI agent and ex-boyfriend Ethan Justice again.

Ethan vows to safeguard Jennie from the deadly men on her trail. And for a second chance at Jennie’s love, he’s willing to risk anything to expose the truth—about the drug smugglers, the past and the future together he still wants.

Fans of Dee Henderson’s O’Malley series will enjoy this re-release of Susan Sleeman’s Justice Agency Series. The first books, Double Exposure, introduces readers to these adopted siblings who have brought their experience in law enforcement to form a private, family business.

When the Justice Agency is hired to protect photographer Jennie Buchanan after her photo exhibit to raise funds for her non-profit organization is vandalized—along with a threatening message. Jennie was also the young woman who left Ethan heartbroken and abandoned ten years prior.

As the team scurries to solve the questions of who is after Jennie and why, they find themselves embroiled in the workings of a drug cartel. 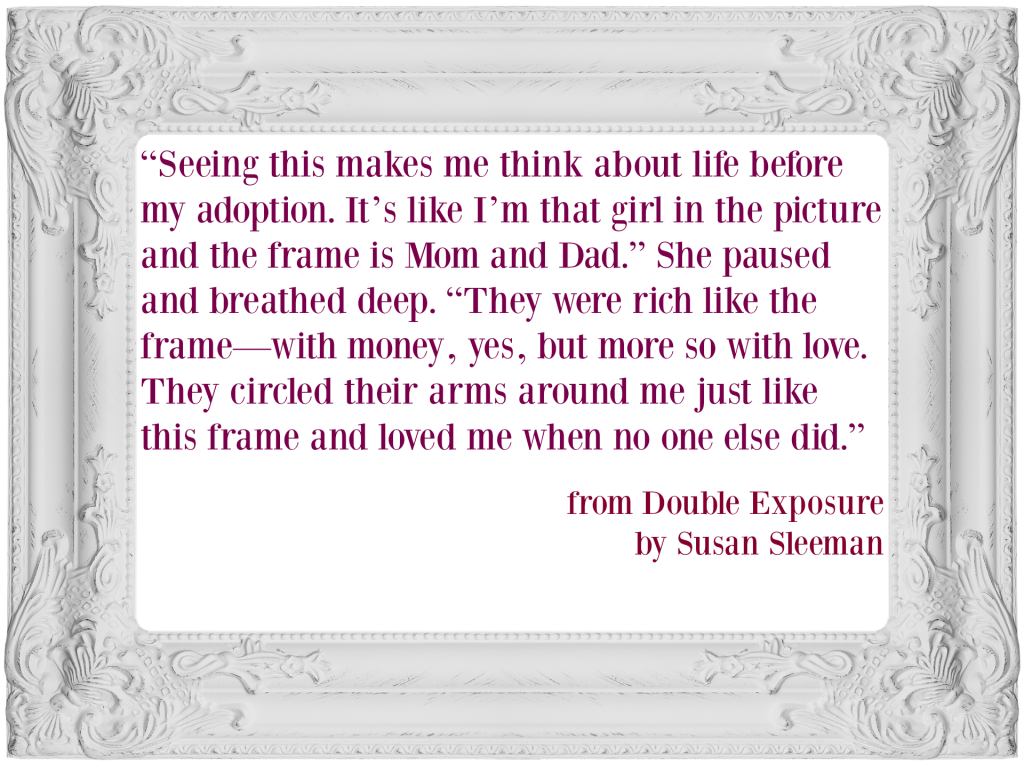 Jennie struggles with not being enough—good enough, rich enough—for relationships with others in her life. Ethan has to deal with his hurt over Jennie’s abandonment but remains intent on keeping Jennie safe—and alive.

Through a series of escalating events that keep the action rolling forward, Jennie must find her acceptance in God and Ethan will have to trust his heart.

Agents Under Fire Series: Web of Deceit,  Web of Shadows, Web of Secrets