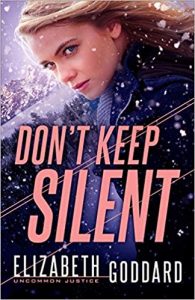 Justice comes easy for these two. But forgiveness? That’s another matter altogether.

Investigative reporter Rae Burke will do anything to find her missing sister-in-law, even if it means facing Liam McKade, a man who almost lost his life saving hers. A former DEA agent, Liam thought he could find peace at his Wyoming ranch, but he doesn’t feel at home anywhere anymore. When the reporter who blew his cover on an important investigation inserts herself back into his life, he’s less than thrilled. But Rae’s keen investigative skills have led her down the right path–and directly into the dragon’s mouth–leaving Liam no choice but to protect her.

As the danger increases, the past they both tried to flee catches up to them, along with the feelings they once had for each other . . . 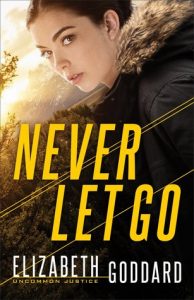 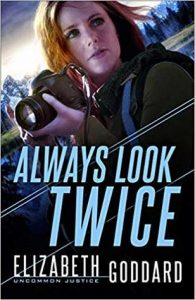 In the entire Uncommon Justice series, Elizabeth Goddard immerses readers in the beauty and danger of the Grand Teton/Jackson Hole area of Wyoming. Don’t Keep Silent ends the series with the last McKade brother, an intricate plot, and some twists and turns that kept me guessing for a while (I did figure it out before the very end).

Rae and Liam have met (and connected) before but things between them didn’t end so well. When Rae shows up in Liam’s home, he immediately goes on alert and from there, the investigation ramps up while the history between Rae and Liam is revealed bit by bit.

Both our hero and heroine are strong characters who, in their own ways, are in a search for Justice. And both of them are floundering a smidge after their last encounter, trying to figure out what’s next for them. The addition of Rae’s brother and his point of view rounded out the story.

While Don’t Keep Silent can be read without opening the first two books, do yourself a favor and grab the whole series if you haven’t already. You won’t regret spending time in the wonder and beauty of the setting or getting swept away in the engaging suspense.