As this group finds themselves in precarious situations over and over again (loads of action and high tension in this book between kidnappings, rescues, car chases, and more), it’s their faith in God and each other that keeps them going.

A fantastic, fast-paced story from Mali to the Sahara to Morocco (and even Ireland). Don’t miss the action-packed adventure in Desert Secrets. 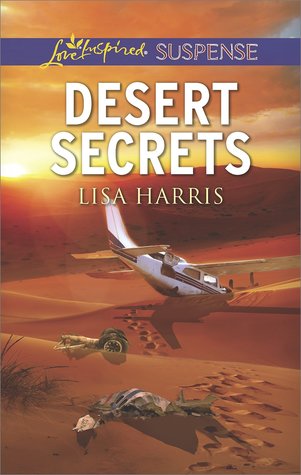 When aid worker Lexi Shannon is abducted at gunpoint in Mali, she quickly learns her kidnappers are really after her brother—and the money he’s stolen. Landing at the secluded desert compound, ex-military pilot Colton Landry has a clear mission: rescue his brother, who’s being held for ransom. But after discovering the kidnappers also have Lexi, there’s no way he’s leaving her behind. Their daring escape soon turns into a deadly chase when their plane is shot down, stranding them in the desert. Making a desperate run for the Moroccan border, Lexi and Colton must trust each other and rely on their strength and ingenuity to survive. But it may not be enough to outrun and outsmart their relentless pursuers…