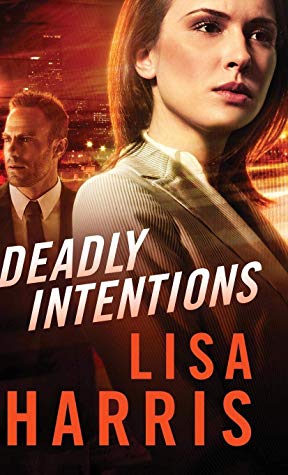 Research scientist Caitlyn Lindsey is convinced that someone is taking out her team one by one. First, a friend and research partner was killed in a home invasion. Three months ago, her boss died in a suspicious car accident. Four days ago, another partner supposedly committed suicide. And now Caitlyn herself has miraculously survived a hit-and-run. Afraid for her life with nowhere to turn, she reaches out to one of the victim’s husbands, Detective Josh Solomon.

Though initially skeptical about Caitlyn’s theory, Josh soon realizes that the attack that took his wife’s life was anything but random. Now the two of them must discover the truth about who is after Caitlyn’s team–and what their end game is–before it’s too late.

In this nail-biting thriller, award-winning author Lisa Harris will have you believing that there’s no such thing as random.

In her latest romantic suspense, Lisa Harris takes readers on a hang-on-tight and buckle-your-seatbelt read that will keep you guessing how deep the conspiracy goes.

Caitlyn is smart and she’s got questions someone doesn’t like her asking. With nowhere else to turn, she meets Detective Josh Solomon and tells him she believes someone other than the two men convicted murder his wife a year ago.

The action is intense and kept me wondering (more so than even the characters at points in the story) who Caitlyn and Josh could trust. The pacing is done well with dangerous situations popping up just after readers catch their breath from the latest discovery or close call.

I appreciated that Caitlyn and Josh already knew each other when they’re thrown together in a race for truth and fight for their lives. The romance may seem abrupt but I saw the slow build to the climax of that part of this romantic suspense.

Deadly Intentions is a quick read because, once you start, you’re not going to want to put the book down.