A new series from Susan Sleeman introduces romantic suspense fans to a brand new team while bringing in some familiar Cold Harbor friends. 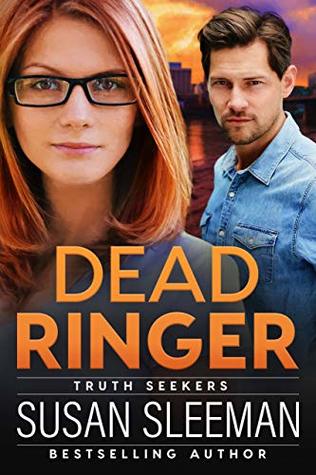 She was hiding from her past…
When a local woman goes missing and Sheriff Blake Jenkins delivers her blood sample to DNA expert Emory Steele for analysis, Blake discovers Emory is a dead ringer for the missing woman. Blake’s gut says the woman is related to Emory. But Emory rejects the notion, requiring a DNA test before she’ll concede that she does indeed have a twin sister she never knew about.

Now she’ll do anything to see it come to light.
Emory joins Blake in a search for her missing sister, but when an attempt is made to abduct Emory as well, they begin to think the abduction is related to Emory’s birth parents. Blake vows to keep her under his watch until they discover what this maniac is looking for and bring him to justice. But Emory balks at him wanting to keep her under constant surveillance as she’s struggling to come to grips with a former brutal attack, and she wants nothing to do with a man who might want to get close to her. When it becomes clear that Blake is the only one who can keep her safe, will she let him get close enough to do so?

The partners at the Veritas Center are intelligent, at the top of their specialties, have the best equipment, and aren’t shy about admitting any of the above. They also drop everything to help in a crisis, especially when it involves one of their own.

In Dead Ringer, Sleeman once again skillfully takes readers from the discovers of a crime through the investigative process until a satisfying conclusion is reached. All without giving away any hints as to who is behind the abduction until the big reveal. I’ve said it before, but Sleeman unfolds her stories in the way I imagine most investigation actually operate—scrambling to find a hint of a lead, dead ends, danger, and one answer that opens up the entire investigation into a sprint at the end.

I’m already looking forward to spending more time with this team in future books. Because when it comes to romantic suspense you don’t want to put down, Sleeman is a go-to author.