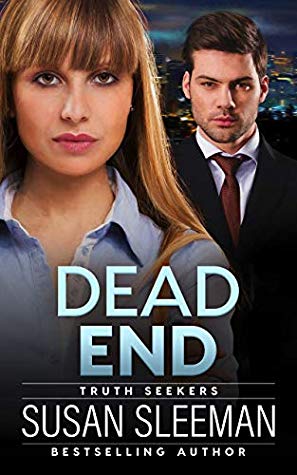 Evaluating trace evidence is her job…

When Sierra Byrd’s father needs a kidney transplant, despite her parents’ protest claiming they could never ask for her help, Sierra insists on being tested for the transplant. But when results prove it is physically impossible for her father to be her biological father, her family finally confesses their long-held secret. She was conceived in an affair her mother had the summer before her parents’ wedding. The man she’d come to know as father is named on her birth certificate, but he truly isn’t her father.

But the job just turned personal.

Shocked and hurt, Sierra goes in search of her biological father in the small coastal town where he owns a property management business. But when she arrives in town to find her father has recently disappeared, and she starts asking questions, FBI Agent Reed Rice delivers her second shock in as many days. Her father is wanted for embezzling money from the properties he manages. Despite the evidence staring her in the face, Sierra holds out hope that her father isn’t the criminal that Reed believes him to be. But as Sierra’s desperate search for the truth unearths long-buried secrets and she runs into dead end after dead end, she ignites a killer’s fury, and suddenly her own life is on the line. 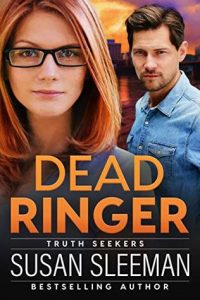 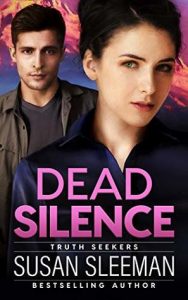 One of the things I love about Susan Sleeman’s books is the education I get about police investigations. In Dead End, it’s Veritas’s forensic evidence technician.

Sierra is extremely independent, not allowing anyone to push her into anything but when her personal life comes up again an FBI investigation, Sierra and the rest of the team at Veritas offer their unique and top tier expertise. Through the investigation, Sierra learns that maybe, just maybe, God intends for her to let go of some of that independence and lean on Him as well as some of the people around her.

With Sleeman’s trademark mix of investigation, romance, and intense suspense, readers are kept guessing until the crime is solved.