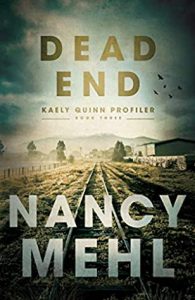 When a body is discovered in a field in Iowa, the police uncover fourteen additional corpses ranging from 20 years old to recent. The remains point to a serial killer with an MO the authorities have seen before–Ed Oliphant, a man who has been in prison for over 20 years . . . and is Special Agent Kaely Quinn’s father. After several failed interview attempts to discover if Ed has been training someone to be a copycat killer, the police turn to Kaely in St. Louis.

Kaely promised herself she would never step foot in her hometown or set eyes on her father again. She’s always refused to confront her past, but if she wants to prevent any more deaths, she must come face-to-face with the man she’s hated for years.
As more bodies are discovered, Kaely races against time and her own personal turmoil to uncover the killer. Will this most personal case yet cost Kaely her identity and perhaps even her life? 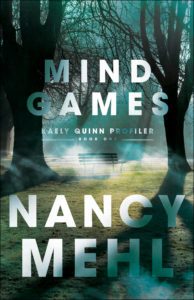 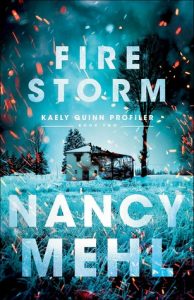 Kaely Quinn returns, and her newest case will challenge her in ways she never dreamed possible. A woman’s body leads Kaely to her father, a convicted serial killer.

Dead End picks up not long after where Fire Storm ended. As Kaely wrestles with her inner turmoil over the need to visit with her father in an attempt to solve the copycat killings, she  must come to terms with her own insecurities and questions around the man she calls dad.

Much of this book is dedicated to Kaely’s character growth in the spaces around her father and trying to figure out who is behind the new murders. But it definitely picks up at the end. Nancy Mehl at me thinking I had it figured out only to second guess myself over and over again.

If you’ve read the first two books in the series, you’ll definitely want to read the finale.