If you’ve not read a book by Dani Pettrey yet (where have you been?), I’ll give you a heads up. Well, maybe two heads up. First, you really should read her series in order. There is a lot of history between these friends in the Chesapeake Valor series, and you don’t want to miss any of it. Second, you are in for a wild ride, so give yourself a good block of time for the book because you won’t want to put it down! 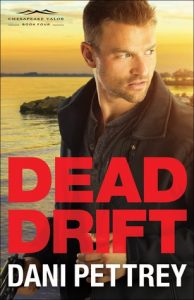 From the first book in Dani Pettrey’s Chesapeake Valor series, there have been two unanswered questions: Is Luke alive? And what happened to Griffin’s sister? (No spoilers follow)

While that first question was answered in book three (Blind Spot), readers get to delve further into where Luke has been in the series finale.

The entire gang is back, and in Pettrey’s signature style of keeping readers involved in two investigations, Dead Drift is as intense and swift moving as always. As Luke rejoins his friends after years of functioning as a lone wolf, he must learn to lean on them as they hunt for a terrorist on US soil. All that while keeping the woman he’s never stopped loving safe.

I’ve said this before, but it’s worth saying again if you’ve not yet enjoyed a Pettrey book. Each one is much like watching one of the first season episodes of 24 where pieces of the big picture puzzle are dropped into place. With twists, turns and surprises along the way and high-stakes for the entire country, give yourself plenty of time to read this in one sitting. 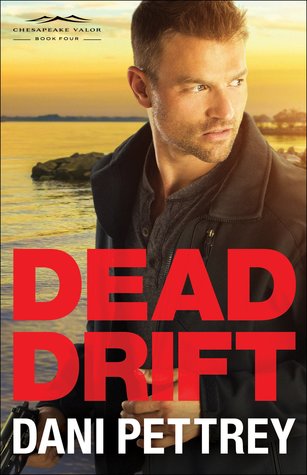 Burning debris littering the ground . . . smoke pluming in the acrid air . . . this is just the beginning if he fails.

Seven years ago, operative Luke Gallagher vanished to become part of an elite team set on capturing a deadly terrorist. When Luke returns to face those he left behind, their help becomes his only hope of stopping his target’s latest threat of an attack that would shake America to its core.

Private investigator Kate Maxwell never stopped loving or looking for Luke after he disappeared. But she also never imagined he left her or his life by choice. Now he’s back, and together they must unravel a twisting thread of secrets, lies, and betrayal, all while on the brink of a biological disaster.

Will they and their love survive, or will Luke and Kate become the terrorist’s next mark?

There are a couple giveaway opportunities happening right now. You can visit the takeover tour with JustRead Publicity Tours to win a Dead Drift prize pack (ends July 14, 2018). Bethany House is also hosting a giveaway with includes the entire Chesapeake Valor series as well as some other goodies (ends July 31, 2018)