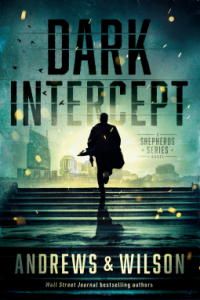 A former Navy SEAL, a girl with a special gift who has gone missing, and a race around Nashville to find her make Dark Intercept by the writing team of Andrews and Wilson a book that you will fly through.

This military thriller dives more than surface deep as the authors explore good and evil—both the seen and the unseen. Jedediah Johnson is somewhat jaded but when he agrees to help out his former best friend by finding his daughter, you get a peek at his heart.

But what really sets this book apart are the scenes from Sarah Beth’s point of view. First, her quick acceptance of Jed is true to her character. These two male authors write their tween protagonist in a way that shows us she’s special while keeping some of her innocence intact. It’s a tough feat but one Andrews & Wilson handle with aplomb.

I wholly look forward to book two in this series and learning more about the shepherds and the watchers. 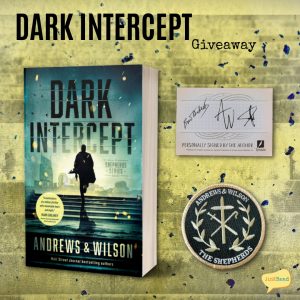 Giveaway – (1) winner will receive a print copy of the book, signed bookplate, and Shepherds patch. (US only. Void where prohibited by law or logistics. Instagram is not affiliated with nor responsible for this giveaway. Giveaway ends at 11:59 PM EST on March 1, 2022.). Instagram account required. To find out how to enter, click here.